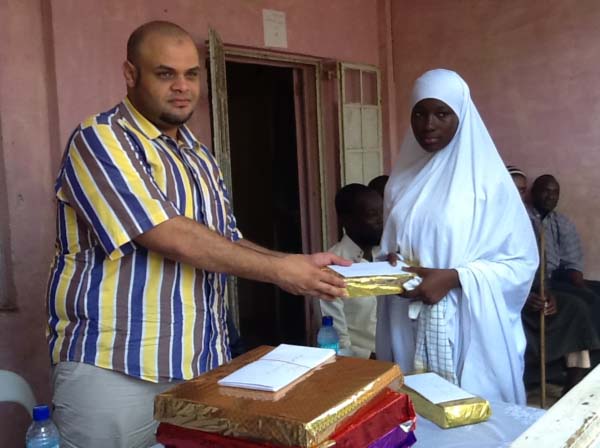 Khaled Ibn Al-Waleed Islamic School on 22 October 2014 gave awards to the most hardworking students in Grade 6 at a ceremony held at the school grounds along Kairaba Avenue.

The school which was founded by Saad M. Raslan and Sons International Trading Company has been known in the country for graduating good students.

Speaking at the prize-giving ceremony, Abass Ahmed Jammeh, principal of the school, commended the company for opening the school, which takes low school fees and is delivering quality education.

He commended the deserving students, and advised them to continue burning the midnight candle for a better tomorrow.

“For the past years, Khaled Ibn Al-Waleed Islamic School has been known for graduating best students and the teachers of the school are committed in delivering quality education,” the school principal said.

Ebrima Jarju, a board director at the school, thanked the founders and parents of the students, as well as Shekih Saad M Raslan for witnessing another important day in the school calendar.

According to him, Skeikh Saad M. Raslan is a true believer in Allah who has Islam in his heart, adding that the school would continue delivering quality education to the Gambian masses

“It is through hard-work, dedication and commitment that our students excel in their exams,” Jarju said.

He also thanked the teachers of the school, staff and the management of company for their efforts in promoting Arabic and Islamic education in the country.

According to him, the school gives annual prizes to outstanding students, and a special package was designed for the best student in the school.

“This package we are giving is from the founder of the school to be given to the most outstanding students in the school,” Jarju stated.

Quality education has been a priority area for Khaled Ibn Al-Waleed Islamic School and is well-known for producing pupils who pass with excellent results every academic year to be enrolled in other schools.

Many schools, Jarju said, are built for business, but Khaled Ibn Al-Waleed Islamic School is not for business because students are paying low school fees compared to other Islamic schools in the country.

“We believe that quality education is the strongest weapon against scarcity and the better part to the creation of opportunities, which is why these students should be given quality education,” he said.

He called on Muslims to follow the teachings of Prophet Muhammad (S.A.W) and continue doing good deeds, as Islam calls for unity and practicing only good deeds.

Doing good deeds needs no boundary in Islam, Jarju said, adding that from Egypt to The Gambia is too far, but having Islam at heart is not far.

The school, he said, is registered under the General Secretariat for Islamic/Arabic Education in The Gambia.

He advised parents to help their children study their books at home, adding that the best students are always with their books.

He thanked the company for its support to the school, and for awarding scholarships to the best students to further their education.

Jarju added that the company has since the establishment of the school never relented in offering support to the school, and always increases support for the school, which the staff are enjoying.

He commended the Gambian leader for his immense support and contribution towards the promotion of the Islamic religion in the country and beyond.

Hatem further described President Yahya Jammeh as pivotal in the promotion and propagation of Islam.

The President’s contribution to Islam and the welfare of Muslims since the advent of his administration in 1994 has been well noted, and constitutes a great boost to the Muslim Ummah, he said.

He cited the President’s annual Hajj sponsorship package for Muslims, which was also singled out for praise, as thousands of people fulfilled this important pillar of the Islamic Faith through his generosity; and the Quranic competition for Islamic students, which are all testimony of his support to Islamic teaching in the country.

Hatem promised the management of the school that they will continue supporting the school, as well as giving awards to outstanding students for them to continue the hard-work in life to become better leaders in life.

Tamsir Joof acknowledged that teachers at the school are hard-working and are punctual, while he recognized the support Saad Rasland and Sons International Trading are rendering to the school since its establishment.

Some teachers were also awarded prizes for their hard work and dedication. 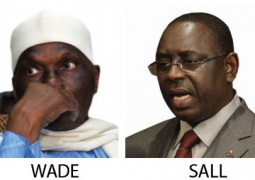 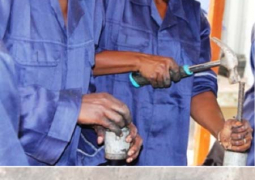