The Gambia is on track to achieving 100 per cent polio immunization coverage after an impressive 99.7 per cent coverage in the first round of the synchronized national immunization days (NIDs), health officials overseeing the campaign have revealed.

Addressing journalists ahead of the second round of the immunization scheduled for 31 October to 3 November 2014, Saharu Kanteh, communication officer, said this was made possible with the active involvement and commitment of the government, United Nations agencies, NGOs and other development partners, as well as the communities.

Kanteh explained that in a move to consolidate these gains and to further reduce the threat of importation of wild polio virus from other countries where it is still in circulation, The Gambia would be joining several other countries to conduct a second round of synchronized National Immunization Days starting from 31 October to 3 November 2014.

Similar to round one, the second round aims to cover 416,740 children aged 0-5 years with two drops (dose) of oral polio vaccine (OPV), he said.

Vaccination teams will move house to house to vaccinate eligible children, he added.

According to Kanteh, NIDs are meant to supplement the routine immunization activities, adding that children must be vaccinate even if they had completed their routine vaccination schedule.

Kanteh said the expanded programme on immunization (EPI) Unit of the Ministry of Health would continue to conduct polio NIDs in order to kick polio out of The Gambia and the globe.

Kanteh added that as long as a single child remains infected, children in all countries are at risk of contracting polio, and failure to eradicate polio from these last remaining strongholds could result in as many as 200, 000 new cases every year, within 10 years, all over the world. 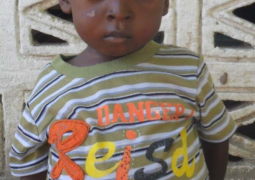