The six-team tournament that is divided into two groups of three recently got off to a convincing start that saw four teams book a place in the semifinals.

Cassava Peace is expected to go into their semifinal encounter in a crucial game against Bamba Dinka, to be followed by another game between winner A and runners up B.

The semifinal matches, slated for 8 and 9 January at the Lamin football field, will see winner B meet runners up A, while Harr Yalla and Temasu Dutaba will also rub shoulders in the other semifinal game.

The tournament is organised by KGH Sports Academy’s U-17 team under the leadership of Adama Sallah. 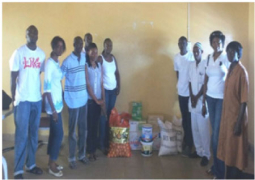