Defending Champions Wallidan beat the Red Devils, Hawks, to increase their position in the standings of The Gambia Football Association.

The Blue Boys who had a poor start at the beginning of the league recorded maximum points over struggling Hawks to grab 17 points in the week eleven fixtures.

Wallidan's goal machine, Sainey Touray alias Ballack, gave his side the lead in the first 20 minutes of the first half. The game which was not well contested by both teams and could have ended in a draw had the Red Devils not succeeded in missing their target on numerous occasions.

In the other Saturday game, Brikama United were held to a goaless draw by fellow mid-table occupants Gamtel. Both sides have 15 points a piece. 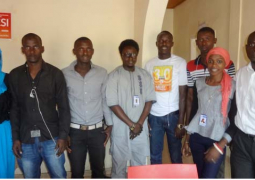