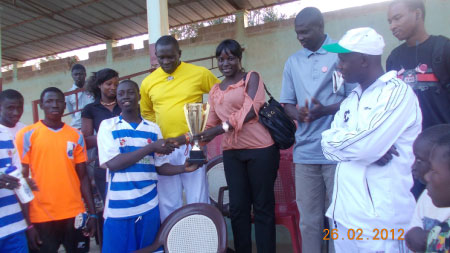 The head coach of KGH Sports Academy, Mustapha Sanyang, is delighted at taking part in this year’s Sports Journalists Association of the Gambia 3rd remembering tournament.

The tournament, which ended last weekend with KGH emerging as winners, was played at the Serrekunda West Mini-stadium.

Coach Sanyang also applauded SJAG for organizing the tournament, noting that the tournament would go a long way in remembering fallen colleague late Fatou Mbaye and Lamin A. Darboe.

“We will go back and prepare very well for next year. I am optimistic that the team will certainly perform to expectation. I thank SJAG for organizing the tournament in the memory of their fallen colleagues who have contributed immensely towards the development of sports in the country,” he stated.

The Academy boys beat the Scorpions Fans Club 2-0 in the opening to set a date with the Ministry of Youth and Sports in Sunday’s final.

They sailed pass the ministry with a 2-0 score to clinch the title.

The ministry knocked out tournament host SJAG by 5 goals to 4 in penalties to sail into the final.

After the final both teams went home with SJAG badges and the winners KGH collected a giant trophy. 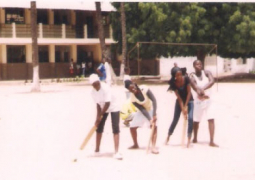