Ndow's recently held its Speech and Prize-Giving ceremony at the school's ground with emphasis by the Principal, Florence Ampong for more discipline among youths in nation-building.

Speaking at the occasion, Mrs. Ampong hailed the school as a dynamic school on the move, with a good percentage of staff moving in the right direction to create good opportunities for their students to be responsible future leaders. She praised the board for always providing good teachers, although staff attrition remains a problem.

"We have 27 graduate teachers and 6 assistant teachers, a total of 33 teachers and 7 ancillary workers who keep the school moving. The school has 47% boys and 53% girls, indicating a marginal dominance of girls since the school's inception," she said.

She expressed disappointment over the school's 2009 WASSCE result, which according to her, was disappointing. She however stated that "about six subject results were overall very good with 80%." Noting that last year's result showed a slight improvement, compared to the previous year. She advised the students to keep the hard work.

Omar Ndure, the Guest Speaker at the occasion, who talked on "Discipline among youths in nation- building," said in the absence of empirical evidence, they could be convinced that acts of indiscipline most times stem from bad home environments where quarrel, fight or habitually usage of indecent language occur. He said truancy; delinquency, inappropriate dress code, aggressiveness and violence were part of indiscipline.

"What are we doing to fight the menace?" he asked.

"Reading the lives of great people, I observed that the first victory they won was self-discipline, which came out first," he said. He further said that boys and girls have been given the taste of education by their parents, teachers and the state and then expressed hope that the graduating class will become responsible future leaders.

"As you become successful you will need a great deal of discipline. The future of the nation depends on your productive participation," he concluded. 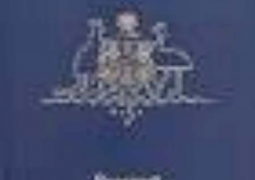