Karmel Angels, a charitable organization, will tour The Gambia in February 2015 with 35 celebrities from the UK including ex-premier league players, musicians and athletes.

The theme for the tours is “Make a Gambian child smile”, which is a fundraising event for Karmel Angel’s projects in The Gambia.

Stephanie and Alan Turner, founding director and chairman of Karmel Angel, told journalists that the celebrities will arrive in The Gambia on 13 February 2015 and will take to stage on 13 through 21 February, as charity concerts meant to support their projects in The Gambia.

They said their intervention in The Gambia is in the areas of education and health as they have nursery schools in Busumbala, Brikama, Sitanuku and are also supporting the maternal health section.

Christopher Mendy, a committee member of Karmel Angels, said Gambian artistes are ready to support the cause because it is giving back to the communities.

He said that in February they will have four live band performances including Musa Filly Jobarteh, Jalikebba, Egalitarian, Humanity Starz and Salazi.

He added that play back performances and the artistes are Junior Don, T. Smallz, ENC, Nyancho, Bai Babou, Jalimadi, Gee and Maximiral.

He urged Gambians to come all out to support the cause.

IEC nears voter registration target, as it registers over 750,000 voters 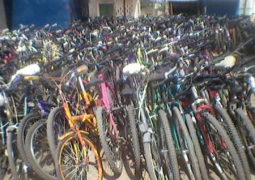