Justice in a Pressure Cooker

Justice Muga Apondi of the Kenya High Court has just imposed a "light" eight-month sentence on Tom Cholmondeley who was found guilty of manslaughter for the 2006 shooting of Robert Njoya.
According to media reports, Cholmondeley, armed with a gun, had found Njoya pursuing wildlife on his family's huge ranch. He had meant, the court was told, to scare off Njoya but ended up killing him. The same Cholmondeley, the grandson of Lord Delamere who immigrated to from a century ago, had also been accused of killing Samson Ole Sisina, a wildlife ranger, in 2005. He got off the hook in that case due to lack of evidence.

There has been mixed reaction to the sentence. Naturally, Fred Ojiambo, Cholmondeley's lawyer, has described it as "just", perhaps taking into consideration the fact that his client had already spent three years in jail. As a defence attorney, he has acquitted himself well by getting such a "light" sentence for his client. "It is important that the Njoya family are well looked after," he said. The undertone of monetary compensation is suggestive of the might is right philosophy. Alternatively, that money is everything, an open invitation to impunity provided you have the means to clear up your mess afterwards. It is as if he is saying that so long as the family members are well taken care, nothing else matters. If Cholmondeley had been such as kind man, as his attorney would have us believe, then he would not have in the first place chased the late Robert Njoya off his ranch armed with a gun. He would have instead tried to be empathetic and even offered him a job, as he was apparently finding it difficult to get by. No amount of financial compensation would substitute for the loss of the benefit of guidance Njoya would have provided for his family.

Clearly appalled by the sentence, Njoya's wife kept sealed lips after the ruling. But 's director of public prosecutions, Keriako Tobiko, spoke the mind of the rest of the world when he said that the sentence was not commensurate with the seriousness of the offence. "Eight months is far too lenient in the circumstances," he said.

We agree with him. Since it has already been established that Cholmondeley had the propensity to shoot randomly at any person in his ranch, he should have been shut away for a much longer time than mere eight months. Who can tell what he would do next after eight months? No matter how Justice Apondi saw the case, his ruling would be widely interpreted as having a class character - the rich will always get away with their excesses, while the poor languish in injustice and misery.


"Injustice anywhere is a threat to justice everywhere". 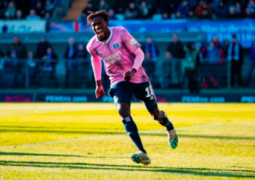