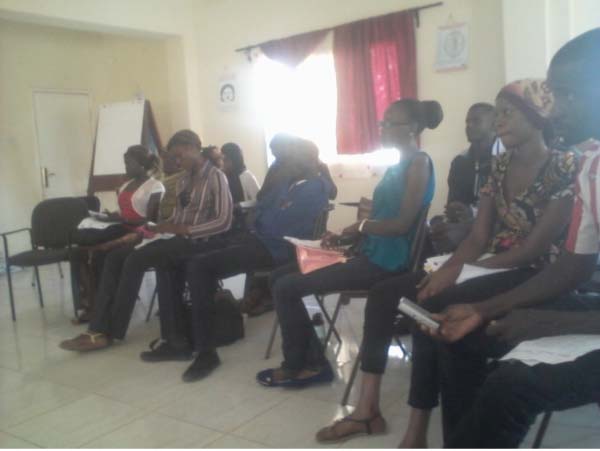 GAMCOTRAP on Saturday held a daylong training for journalists in promoting effective participation of women in governance and leadership positions.

The training, which brought together media practitioners from both the print and electronic, was held at Gamcotrap’s head office in Kanifing.

Speaking at the training, Gamcotrap executive director Isatou Touray said few months ago they conducted training programmes for women leaders, political parties and discussed a lot on this important issue.

She said the political parties that participated included the APRC, GMC, GPDP, NRP, PDOIS, and UDP. Independent observers and other institutions were invited to share their experiences.

Dr Touray added that the training was the continuation of the project being supported by the National Endowment for Democracy (NED), which is supporting freedom and rights around the world.

She said the purpose of the training was to enhance awareness and raise consciousness about the need for women participation in governance, leadership and decision-making processes that would engender the local government status, political parties and important actors such as young people and the media in the Greater Banjul Area and within the West Coast Region.

She was pleased to see such a great representation coming from different media houses to have such awareness and sensitization programme for them to be able to do effective reporting on issues emerging from the training with regard to promoting effective participation of women in governance and leadership positions, she said.

She also said the problem was that they were not aware of their right and they might not be aware of the dynamics and some of the factors that influenced why they were not engaging themselves in such positions for them to engage and engage others.

Gibairu Janneh of GPU said the media is essential in promoting effective participation of women in governance and leadership positions and understanding it would enable them to report objectively.

He said the media could not be objective if the other member of the society is marginalised.