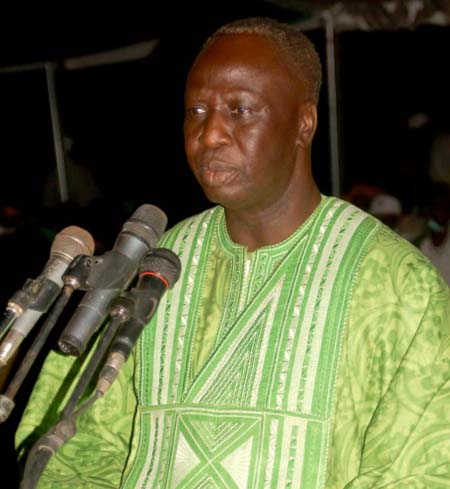 The Secretary General of the APRC party, Hon. Balla Garba Jahumpa, has called on the people of URR to unite and work for the development of the party.

According to GRTS Radio Gambia, Minister Jahumpa made the call at a meeting in Yerobawol in Wuli East as part of a nationwide tour embarked upon by the APRC national coordinating committee.

The tour seeks to raise the awareness of party militants on important issues ahead of the 2016 polls.

He thanked the people of the area for their loyalty to the APRC, and urged them to endorse President Jammeh’s nomination.

Minister Jahumpa further enjoined them to convene a regional congress and submit their recommendations to the party at its national congress slated for February 23rd in Kanilai.

He also said the Independent Electoral Commission requires presidential candidates to be backed by10,000 voters for nomination with at least 1,000 coming from each region.

He called on the people of URR to return gratitude to President Jammeh in the forthcoming presidential election by throwing their weight behind him, as he is a leader who has brought growth and sustainable socio-economic development to the region at an unprecedented scale.

The National Women Mobilizer Isatou Jifanga Jarju called on the people of URR to work towards improving on the gains registered by the party in previous elections.

He said the people in the area have already identified a location for the establishment of a regional APRC bureau.

The National Assembly Member for Wuli East Saidou V. Sabally, Youth Mobilizer Malang Dem of Sandu and Chief Alhagie Chokeh Jallow of Wuli West all assured the committee of their support to President Jammeh and the APRC. 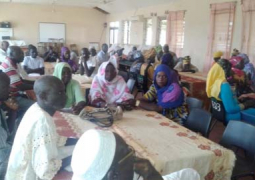