The trial of one Ndey Korka Ndong, who is charged with stealing from a dwelling house before the Kanifing Magistrates' Court had entered into a viore dire.

Testifying before magistrate Drammeh on trial within a trial, the prosecution witness one Lamin Danso told the court that he is a police detective in the rank of Sub-Inspector.

According to him, on 18th September 2009, he was at the Kanifing Police Station when he obtained a cautionary statement from the accused in relation to a theft case.

Detective Danso further testified that, the accused was interrogated in the presence of an independent witness and confessed conspiring with one Kumba Ndure to steal.

He adduced that the cautionary statement was later translated to the accused in the language she claimed to understand and then thumb-printed it, as the independent witness signed.

The witness identified the said statement in court, which was later tendered as an exhibit. 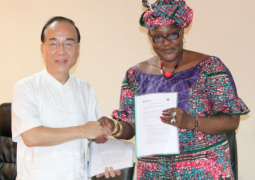