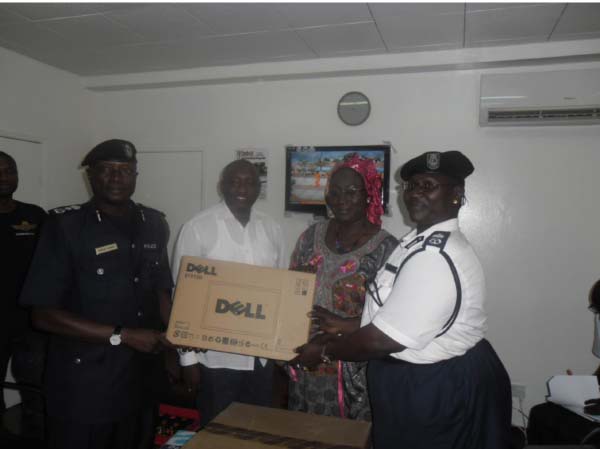 Banjul Breweries on 24 July 2013 presented office equipment to the Gambia Police Force, in respect of its corporate social responsibility.

The presentation of the equipment, which took place at the police headquarters in Banjul, attracted the senior officers of the police force including Commissioner of Administration Abdoulie Sanyang, Commissioner Aminata Ndure of Banjul Station, Commissioner Sylva and Commissioner L.S. Camara Crime management coordinator.

Speaking at the presentation ceremony, Fatou Sinyan Mergan, secretary general of Banjul Breweries, said the gesture was in response to a request they received from the police commissioner of Banjul station, Commissioner Aminata Ndure in June 2013.

The donated items include a Dell Desktop computer of a 19 inch flat screen monitor with all the necessary accessories and software that go with IT, a heavy duty HP Laser Jet printer and two boxes of white printing paper.

“We at Banjul Breweries Limited believe that the services being rendered by the security forces in the country cannot be measured in dalasis because when we are all asleep they were awake for our own security and that of the nation,” she said.

She said therefore her institution was pleased to help the police to make their work easy and better for them.

“It is on this premise that we included this urgent request as part of our social and corporate responsibility programs during this holy month of Ramadan which we are supplying to many mosques,” he said.

He pointed out that the police always recognised the efforts by Banjul Breweries and this was not the first time they had rendered assistance to the police.

According to him, the gesture was another clear demonstration of their commitment to the development of the Gambia Police Force.

DIG Sambou posited that their doors are open for all stakeholders in the development of The Gambia as the police cannot do it all alone.

He expressed appreciation with Banjul Breweries for their support to the police.

Borry Darboe, Banjul Breweries country sales manager, said the company was established in 1975 and started operations in earnest in 1977.

“Our role is not only to sell the new products, but we also have a role to play in the development of the country,” he said. 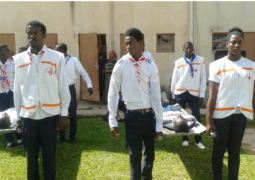