Quakes' site stated that coach Frank Yallop rolled the dice and handed Geovanni his first MLS start of the year, and the designated player made his impact felt immediately.

In the 6th minute, the Brazilian playmaker received the ball near midfield and raced 35 yards past several Dynamo players. Near the edge of the box, he sent the ball to the penalty spot where Khari Stephenson slotted home calmly to put San Jose up 1-0.

Houston pulled level before halftime when Brad Davis out-jumped his maker to send a header into the upper 90 and knotted the score 1-1.

In the 64th minute, against the run of play, the Quakes capitalised on a counterattack. Brandon McDonald fed the ball into the box, where Cornell Glen laid the ball back to Geovanni, who finished easily putting the Quakes ahead for good.

With the victory, the Quakes have pushed five points clear of the next two teams trailing them for the final playoff spot. They have returned home to face Western Conference foes FC Dallas next weekend, while Houston have a week off before facing Toronto FC.

The Nyassi brothers and Ken Abdoulie Mansally, who were away on International duty, did not witness the clash between their teams on Saturday when New England Revolution utilised its home advantage to beat Seattle Sounders 3-1. 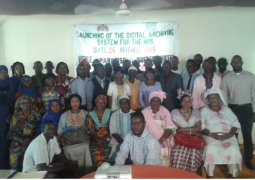