Speaking to reporters shortly after the game, Ebrima Drammeh, assistant coach of Jarington FC, said his team is a big club, adding that they started their preparations during the qualifying round adding that was the spirit they came with into the game against Pipeline FC.

“Pipeline FC is a big team and we respect them, but we also have big-name players in our team”, he said, adding that he told his players to be focused during the game, because it is easier to play at the mini stadium that at their training grounds.

“It is all about concentration, because all teams playing in the Nawetaan at Serrekunda West are of the same standard”, he stated, adding that it is all about determination and not underrating any team.

“I am happy with the performance of my players”, he said while urging them to push harder in their subsequent games ahead.

He noted that they did not only want to say they will avoid relegation this year, but will achieve something at the end of the Nawetaan.

He finally urged everyone to put his hand in Jarington FC so that they can achieve what they want, noting that the team was re-built this year.

Badou Ceesay, head coach of Pipeline FC, said the fans should not have expected anything from them during the game, because they have never won their first game of the Nawetaan at Serrekunda West (that they either lose or draw).

He added that it was a very hard game considering that it was played in the month of Ramadan, adding that five of his key players did not also feature during the game.

“We had no option, but to play the youngsters, and I think they really played up to expectations”, he said while congratulating Jarington FC for the win, and also said hard luck to his players.

He stated that he was disappointed again at the Super Cup final, because they created chances but could not capitalize on them.

“As the Nawetaan goes on, we will fight our form”, he added, noting that they would work on their scoring during their training sessions.

“If Jarington FC keeps up the momentum I’m sure they will achieve something in this year’s Nawetaan because they have a good team”, he said of his opponent.

He finally urged the fans of Pipeline FC to come out in their large numbers to support the team, noting that he is sure that, at the end of the Nawetaan, they would give them something. 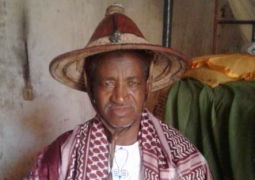