President Yahya Jammeh has said the United Nations “must conduct a full and impartial investigation” into the frequent and mysterious capsizing and sinking of boats carrying young Africans to Europe in European seas, which has cost the lives of 500 young Gambians over a five-year period.

President Jammeh raised eyebrows when he said that the boats are able to cross the Atlantic Ocean and the Mediterranean Sea, only to sink as they approach European coasts.

“We must find out what deadly mysterious force exists on the European coasts that causes boats carrying young Africans to disintegrate and sink upon arrival,” the Gambian leader said, when he addressed world leaders gathered in New York for the 69th Session of the United Nations General Assembly on 25th September, 2014.

“I hereby call on the UN to commission such an investigation as a matter or priority and urgency in order to avert a major racial confrontation,” he added.

President Jammeh told the assembly of world leaders that the UN must quickly intervene to conduct an impartial investigation “or else we will all live to regret our failure to take appropriate action at the right time.”

He said more than 500 young Gambians have died on European coasts over a five-year period.

Like Gambians, many African migrants looking for greener pastures in the West only end up in body bags on European shores, because of the sinking and capsizing of boats when crossing European seas.

The Gambian leader said: “Strangely enough, those countries that pretend to love Africans so much that they are always preaching to African leaders good governance, the rule of law and respect for human rights have been apparently quiet about the very dangerous, racist and inhuman behaviour of deliberately causing boats carrying Black Africans to sink only to select a few lucky ones to be rescued and sent to concentration camps, called asylum seekers camps.”

President Jammeh equated this to “genocide in the 21st century,” further stating that the asylum camps are as bad as Nazi concentration camps although no country, institution or individual has ever raised the alarm. 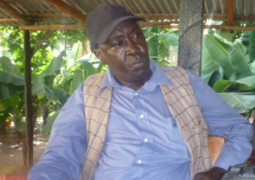