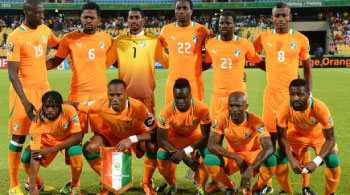 Ivory Coast would be without two of their players, striker Seydou Doumbia and goalkeeper Copa Barry

The pair have opted out of the game after failing to recover from injuries sustained from their respective clubs.

Doumbia was expected to make his much awaited return after a one-year absence from the team but the CSKA Moscow striker has failed to recover from a knock.

Veteran goalkeeper Copa Barry of Belgian side Lokeren has been plagued by injuries since returning from the 2013 Afcon.

Cote d’Ivoire are already without captain Didier Drogba and Salomon Kalou, who were all dropped for the game by head coach Sabri Lamouchi, Starafrica.com has revealed.

The Ivorians hope to take a commanding lead in their group when they host the Gambians this weekend in Abidjan.

Earlier Cote d’Ivoire boss Sabri Lamouchi insists Didier Drogba still has a future with the national team, despite omitting the forward from the squad to face Gambia on Saturday.

The 35-year-old was the shock exclusion when Lamouchi named his 28-man squad on Monday and, following the news of Drogba’s absence, rumours of his retirement began to circulate.

However, speaking to reporters at a press conference in Abidjan, the coach said the omission was linked to the striker’s form but says the door will remain open on a possible return to the international stage.

“Within eight months Drogba played for three clubs in three continents. This affected his form, and it is visible. He is currently working hard at his new club Galatasaray to recover his form,” he said on goal.com.

“Drogba’s absence does not mean any humiliation. He will come back to the fold and help us qualify for the 2014 Fifa World Cup.”

Lamouchi’s decision to exclude the star has divided opinion within the African media, with some heralding the coach’s courage to omit such a high-profile figure while others believe the former Chelsea striker could still aid Cote d’Ivoire’s push for World Cup qualification.

The Elephants currently lead their group in World Cup qualifying and resume their campaign on Saturday by welcoming Gambia to Felix Houphouet Boigny Stadium.

No point for Gambia in latest Fifa rankings 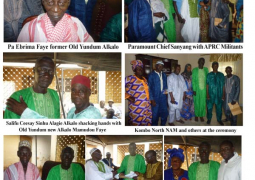