One Ebrima Touray who was alleged to have broken into the shop of one Ndey Jarju is expected to re-appear today at the Brikama Magistrates' Court before Magistrate Pa Harry Jammeh.

According to the particulars of the offence, on 30th September 2008, at LaminVillage, the accused broke into the shop of Ndey Jarju and stole nine dozen artificial hair machines valued at D1800; four cooler boxes valued at D8000; and two dozen of baby lotion bottles valued at D1400. 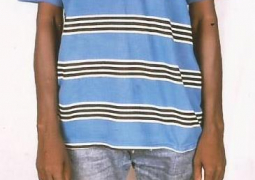