Information Technology Association of The Gambia (ITAG), in partnership with Western Union Foundation and its partners, yesterday donated ten set of computers and one-year free internet connection amounting to US$10,000 to St. Joseph Senior Secondary School in Banjul.

Speaking at the presentation ceremony held at the school grounds, the president of ITAG, Poncelet Ileleji, said the gesture formed part of ITAG’s strategic plan towards supporting the Ministry of Basic and Secondary Education in fulfilling ICT as a pedagogical tool for learning in public senior secondary schools nationwide.

He said the initiative was spearheaded by ITAG’s vice president Berun Dondeh, who during the development of ITAG’s current strategic planning emphasised the need for ITAG to have a planned programme to get the public senior secondary schools connected.

Mr Ileleji said the donation to St. Joseph High School was the beginning of ITAG’s working relationship with partners.

“Our IT companies and membership base to see our public senior secondary schools students and teachers, are well prepared and have the prerequisite tools in ICT to aid their learning process,” he said.

He finally thanked ITAG members and supporting companies in the process, such as I Link, for not only supplying the PCs, but also agreeing to setting up the network’s infrastructure for free.

For her part, the Principal of the school, Kippy Coker, said: “In this 21st century, the importance of IT is recognised as an essential tool to better facilitate effective and efficient learning in the schools.

“This project will ensure, through the use of ICT, that quality education is accessible to all students.”

She added: “St. Joseph would like to computerize our database, which will enable the school to automate our administrative and financial data.

‘The use of the internet for both teachers and students will enable them to conduct research on various subjects.”

According to Ebrima Sisawo, representative from the Ministry of Basic and Secondary Education, the project is timely, and thanked Western Union and its partners for their intervention for making tremendous achievement in capacity building.

Sisawo called on other organizations to emulate Western Union and its partners.

For his part, Dodou Nyang of Trust Bank said Western Union is made of all responsible institutions for the promotion of IT in the country and has been in the country since 1993 with over 300 outlets across the country. 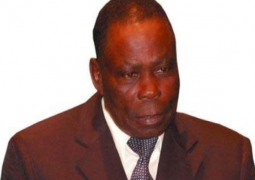 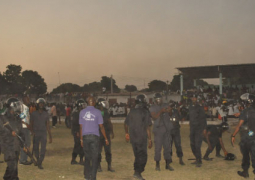