According to ash-Shaf’i, the distribution of khums is similar to the distribution of zakah. Ahmad and al-Baihaqi narrate from Bishr al-Khath’ami that a man from his tribe said: “While I was in Kufah, I received a jar from an old monastery at the zakah district (jibayah) of Bishr. There were 4,000 dirhams in it. I took it to ‘Ali, who told me to divide it into five parts, which I did. Then, ‘Ali took one-fifth and gave me four-fifths. When I departed, he called me and asked if there were some needy people living near me. I replied that there were, and he asked me to divide the one-fifth among them.” Abu Hanifah, Malik, and Ahmad are of the opinion that its distribution is similar to the distribution of booty (fay’).

Ash-Shu’bi narrates that a man, while he was out of Madinah, found 1,000 dinars in the ground. He brought them to ‘Umar ibn al-Khattab, who took the khums of 200 dinars and gave the man the rest. ‘Umar started to distribute the 200 dinars among the Muslims who were present. Since a little bit was left over, he then asked: “Where is the owner of the dinars?” When the man responded, ‘Umar said to him: “Take these dinars, for they are yours.” In al-Mughni, it says that if it were like zakah, he would have alloted it to those who deserved it and would not have returned it to its finder. Furthermore, rikaz can be given to the zhimmi, whereas zakah is not.

Zakah on Wealth Extracted from the Sea

Most scholars stipulate that zakah is not payable on anything extracted from the sea, such as pearls, corals, chrysalite, cachalot’s ambergris, fish, and so on. There is, however, a report from Ahmad that if the amount extracted reaches a nisab, then zakah is due on it. Abu Yusuf agrees with him in the case of pearls and cachalot’s ambergris. Ibn ‘Abbas holds that there is no zakah of cachalot, because it is an object thrown out by the sea. Jabir said that there is no zakah on cachalot, but that it is a free spoil for anyone who finds it.

Acquiring Property Through Profit or Increase

When a person acquires property and it stays in his possession for a year and constitutes a nisab, and he has no other property or he has similar property which has not reached a nisab except when the acquired property has been added to it, then the year hawl of zakah becomes applicable to it from the time of its acquisition. The zakah will be payable at the completion of the hawl. In such a case, the acquired property may be classified in any of the following categories:

1 The acquired holdings increase in value either by profits from trade or by an increase in animal production. These kinds of holdings qualify themselves for the application of the hawl and zakah. For the individual whose merchandise or animals constitute a nisab and whose business also makes a profit or whose animals reproduce during the course of the hawl, he should count the original and additional property as one for the purpose of zakah. There is no dispute about this among scholars.

2 As for the acquired property which falls under the same category as the attained nisab but is not derived or generated from it--that is, it was acquired through purchase, gift, or inheritance-- Abu Hanifah holds that this may be combined with the nisab in order to become a part of it with regard to the hawl and payment of zakah. Thus, the principal property and the profits are collectively taxable.

Ash-Shaf’i and Ahmad suggest that newly acquired property be combined with the original one for the purpose of attaining a nisab and that a new hawl has to be assumed for it--whether the original consists of cash or animals. For example, if someone has 200 dirhams and manages to acquire another 200 dirhams during the year, he should pay zakah on both at the completion of the hawl which will begin to roll at the acquisition of new property. Malik’s opinion is like that of Abu Hanifah’s concerning animals but like Ahmad’s in regard to gold and silver.

3 The acquired holdings are not of the same kind that one already possesses. As such, they cannot be combined with the original either for the nisab or for the year count (hawl). If, however, the acquired holdings by themselves reach a nisab, their year count will be calculated independently, and the owner will pay their zakah at the completion of the hawl. In the absence of these conditions, nothing is applicable to these holdings. This is the opinion of the majority of scholars.

Zakah i.e. the Responsibility of the Owner, Not the Holdings Themselves

For example, someone had 200 dirhams and did not pay zakah on the sum for two years. The opinion which says that zakah is due on the property itself means that the amount due is for one year only since it decreased by five dirhams, which was the amount due for zakah at the end of the first year. The second opinion, that zakah is the responsibility of the owner, means that he should pay zakah twice, one for each year, as zakah is the responsibility of the owner and is not affected by the decrease of the nisab.

Ibn Hazm favors the view that it is the owner’s responsibility. There has been no difference of opinion, he says, among the Muslims since the time of the Prophet, upon whom be peace, down to his time as to the applicability of zakah on wheat, barley, dates, silver, gold, camels, cattle, and sheep. Concerning payment of zakah from a different lot of wheat, barley, dates, gold, silver, camels, cattle, and sheep, he says it does not matter whether one pays it from the same lot, from a different one in one’s possession, or from a lot that may be bought, granted as a gift, or borrowed.

The conviction that the payment of zakah is the owner’s responsibility and is not necessarily that of the property itself is a sound principle, for if it becomes due on the property itself, the owner will not be permitted to make payment from a different lot. It is similar to the case of one partner being prevented from giving his money to his copartner from a source other than the one involved in their partnership-unless the partners approve of it and it does not violate the conditions of the transaction between them. Furthermore, if zakah has to be applied to the property itself, only two situations can arise. First, zakah is payable on all parts of that property and is applicable to any individual amount of it, without individual specification. Second, if it is applicable to every part of it, it is impermissible to sell from any herd or grain since zakah collectors in this case would become partners. Thus, the proprietor is not allowed to take anything from it. This is void without any dispute. Furthermore, it would become obligatory upon him to specify exactly the price of the sheep which he desires to take out, just as is done in partnerships. If zakah is due on any part of it other than the property itself, it becomes void. This holds true in such a case since he does not know what he might sell or whether he is taking what is due for the sadaqah collectors. This, in turn, backs up the above. 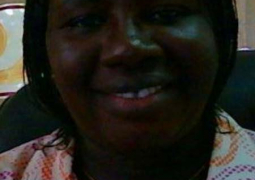