The National Youth Council (NYC) recently held a one-day consultative meeting on the popularisation of the African Youth Charter. The seminar, which was held at the Baobab Hotel brought together stakeholders, key among them, were senior government officials.

In his opening remarks, Mr. Malang Jersey, who deputised for the Director of Youth and Sports, expressed delight at the gesture, noting that it marked another important milestone in the history of Gambian youths.

According to Mr Jersey, the meeting was aimed at finding ways and opportunities to map out strategies in the implementation of the African Youth Charter.

"After years of lobbying and gathering, the African Youth Charter gained the support of the National Assembly leading to its ratification without reservation in March 2009," he stated.

He said since its adoption in The Gambia in 2006, several countries including Gabon, Mali, Namibia and Rwanda, have taken the bold step of being the first to ratify it in the same year of its adoption. Mr Jersey explained that young people make up the largest and fastest growing proportion of 's population. In The Gambia, he said, about 64 percent of the population comprises young people.

For his part, Mr. Almamy Taal highlighted that African states should recognise the rights, freedom and duties of its people in the charter.

According to Mr. Taal, "state parties shall undertake necessary steps in accordance with their constitutional processes, provision of the present charter, to adopt such legislative or other measures that may be necessary to give effort to the provision of the charter."

Mr. Taal further stated that Article 10 of the charter indicates that every young person shall have the rights to social, economic, political and cultural development, with due regard to their freedom and identity and equal enjoyment of the common heritage of mankind. 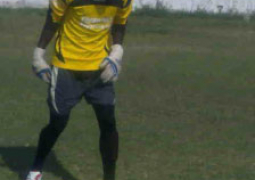