Yes, he is. Gunmen who are still at large killed him on the night of Thursday, 16 December 2004, as he drove home from work, on the occasion of the 13th anniversary of his newspaper.

However, since then, the Gambia Government has not taken any convincing steps to bring his murderers to justice.

It is now seven years since those yet-unknown killers destroyed Deyda Hydara’s physical frame, but failed to destroy his spirit, which has been living on and on.

His killers and their cohorts were misguided into thinking that when they murdered Deyda Hydara in cold blood, his memory would be erased forever.

Who killed Deyda Hyara?  We are yet to know. But as law-abiding citizens, we expect the authorities to do all that they can to track down his killers.

Since Deyda Hydara’s murder has had an adverse effect on the image of the country, the authorities are therefore best advised to leave no stone unturned to find his killers, so that The Gambia can regain its lost reputation as a haven of peace in Africa, not only for the benefit of journalists but for all who reside in this country.

As we mark the 7th anniversary of his brutal murder, we demand that the authorities reopen the police and NIA files to find out, “Who killed Deyda Hydara?”

Whatever reason must have catapulted them to the killing of one of the illustrious sons of this land, who was a staunch believer in human rights and press freedom, these killers must be found and brought to justice; they must not go scot-free.

Thus, this is the least we expect from The Government of The !

We sympathise with the family on this sad occasion of the anniversary of his brutal assassination, and pray that his soul rests in perfect peace. We will continue the cause. 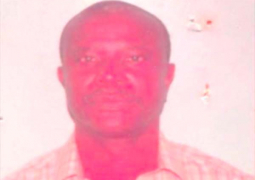