The proposal was brokered by three cabinet ministers and agreed to by members of the GNOC last week, pending the IOC’s approval.

However, the IOC in its response to the proposal, first expressed surprise that the issue of  membership of the GNOC  had resurfaced even though it understood that the matter was dealt with at the May 27 extraordinary congress.

The OIC also recommended that the GNOC General Assembly be called again, at which all the few associations that have issues with the GNOC must be invited and attend, and where their membership and voting rights would be reviewed.

The IOC made it clear that the GNOC is under obligation to call this congress, and that where it is inclined to do so, the IOC would have no objection provided that some six conditions are met. These conditions include  the withdrawal of all court cases instituted by the three associations.
Below is the full text of the letter addressed to the Gambian minister of Sports Alieu Jammeh.

We are writing in relation the latest developments in the situation of The Gambia National Olympic Committee GNOC and following our regular and fruitful exchanges over the last few months.

First of all we would like to express our sincere thanks for your continuous efforts and cooperation in finding an amicable and peaceful solution for the benefit of the Olympic movement and the athletes in The Gambia. This is truly appreciated. We must admit however that the issue of the GNOC membership and voting rights of the GNOC membership has resurfaced, as we understood that it was already addressed during an Extra Ordinary General Assembly of the GNOC on May 27th 2013, which made clear and unanimous decisions.. It was indeed our assumption that any issue in relations to this specific matter should have been raised before and or during the Extraordinary General assembly of 27 May, as per the IOC road map of April 10 2013 of which everyone was aware.

This being said and as we all pursue the same objective of resolving any pending issue affecting the GNOC once and for all. We had a very constructive discussion with the GNOC. We noted that though it has no obligation to reconsider these issues which were already decided on May 27th, the GNOC would still be ready to convene a new Extra Ordinary General assembly to review the membership and voting rights of the few federations or associations  in question. We hope that everyone will recognize and appreciate the efforts and good will of the GNOC in exploring any feasible option and reasonable solution to satisfy everyone, subject of course to the GNOC constitution, the Olympic Charter  and the IOC instructions.

If the GNOC is incline to do so, the IOC would have no objection in principle provided however that the following conditions are met;

1. The GNOC constitution and Olympic charter must be respected.

2. The GNOC cannot accept as voting members any federation or association which is not duly affiliated to its international federation, IF, and or not in good standing with its IF. This is a guiding principle, and an objective criteria which shall be respected as per the Olympic charter. The GNOC will be able to offer any necessary assistance to the few federations or associations in questions for them to meet the IF’s requirements and be affiliated to and or in good standing with their IFS. However until this is done and confirmed by the relevant IFS,  those federations and associations can be invited by the GNOC to attend any meeting but without voting rights.

4. It goes without saying that anyone who would refuse to attend the Extra Ordinary General Assembly would automatically disqualify himself and would have to legitimacy to claim anything after.

5. Everyone will have to accept the sovereign and final decisions whatever they are made by the Extra Ordinary General Assembly of the GNOC in accordance with the GNOC constitution , the Olympic charter  and the IOC instruction.

6. The ongoing court case against the GNOC shall be withdrawn with immediate effect and all pending internal issues of the GNOC must be freely discussed and decided within the NOC and by the GNOC’s competent bodies.

We hope that the government authorities can express clear and unambiguous support for the process and a strong commitment that the sovereign and final decisions whatever they are  made by the Extra Ordinary General Assembly of the GNOC in accordance with the GNOC constitution , the Olympic charter  and the IOC instructions listed above , will be fully respected  by anyone and will not be challenged at a later stage. In addition, we respectfully request that you give us all necessary guarantee to make sure that the Government authorities will not interfere with this process and that the GNOC Extraordinary General meeting will be free to discuss , vote and make final decisions as mentioned previously. It is indeed expected that the atmosphere surrounding this new GNOC extraordinary General meeting as well as the GNOC elections which will take place as soon as possible, once this first steps is completed as per the IOC road d map of 10 April, will be free democratic serene and peaceful , and will not be subjected to any outside pressure which would go against the principle s and rules of the Olympic charter.

We thank you again for your highly appreciated understanding and cooperation, and we look forward receiving your express support in the process mentioned above 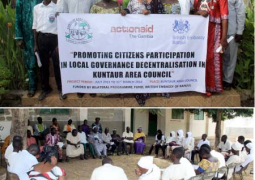 Pranic healing and prosperity What are the main differences between Pranic Healing and other healing modalities?