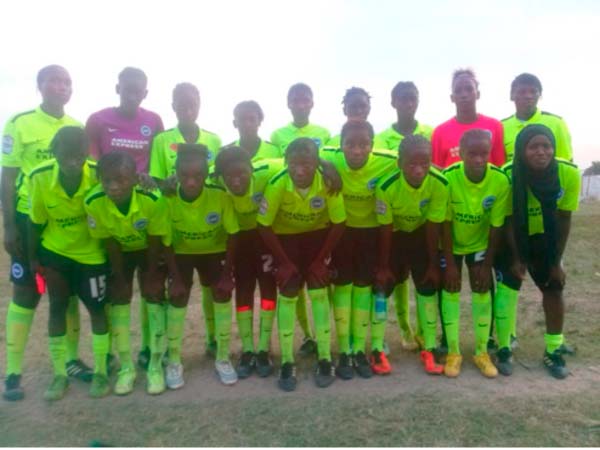 Interior on Saturday thumped Abuko United 2-0 in the week-eleven fixtures played at the FIFA Goal Project in Old Yundum to close gap on Immigration in the 2016-2017 Gambia Football Federation Women domestic division one league.

Abuko United came very close to opening the scores through prolific Mam Drammeh in the 15th minute of the game from the penalty spot but her shot went over the cross bar.

Interior opened the scores through Isatou Jallow in the 29th minute of the game from the penalty spot after defender Mariama Sanyang brought down Isa Saidykhan in the eighteen-yard box, to give the police outfit the lead after prolific striker Mam Drammeh missed a penalty in the 15th minute.

Striker Mbassey Darboe alias Messi notched in the second goal for Interior in the 34th minute of the game, which eventually proved to be the winner for the police outfit to close gap on league leaders Immigration.

Interior are now two points behind Immigration in the country’s women domestic division one league summit, who thrashed Future Bi 3-1 at the Serrekunda East Mini Stadium.

Abuko United will be indomitable to recuperate in their upcoming fixtures to fancy their chances of claiming the 2016-2017 Gambia Football Federation Women domestic division one league title after slipping to Interior 2-0 at the weekend.

Elsewhere, Gambia Armed Forces beat Brikama United 1-0 at the Father Gough Sports Complex in Manjai Kunda to pile pressure on teams above them in the country’s women domestic division one league.