Interior FC have advanced to the quarterfinal stage of the ongoing FA Cup competition after beating the Gambia Armed Forces FC by 6-5 on post-match penalty shootout after a 1-1 draw on regulation time on Tuesday at the Serrekunda East Mini Stadium.

The Gambia Armed Forces FC took the lead in the 21st minute of the game, through striker Kaba Jobe from a fine shot but Interior FC leveled it in the 60th minute courtesy of substitute striker Amadou Gaye from a sensible headed, thus the game ended 1-1 resulting in penalty kicks which ended 6-5 in favour of Interior.

Speaking to reporters shortly after the game, Lamin Jammeh, head coach of Interior, said he was happy with his team’s victory over Armed Forces, adding that both teams have played together both in the first and second division league.

“This is FA Cup and there is no second option, he said, noting that they worked from defence to attack during the game.

He said he was hesitant in his team during the first half which caused them to not scoring but added that the Gambia Armed Forces FC is a big team.

“Any team playing in the FA Cup is looking for something - the trophy - and that is what we are also looking for,” he stated, but that whatever they have they will take it in good faith.

“The boys showed good character during the game,” he also said, noting that they will go back and adjust the areas they think are weak in the team before their next game.

Alhagie Sey, head coach of the Gambia Armed Forces, said: “This is football; penalties is luck.”

He said his boys performed very well during the game but that they gave all in their final game of the league to make sure they win and be crowned champions, noting that they won but Real De Banjul FC also won and were crown champions, and that performance in their final game of the league has reflected in his players’ performance against Interior.

He said players of both first and second divisions are of the same caliber and that they have taken the defeat in good faith.

He stated that they will go back and evaluate themselves, noting that Armed Forces were the most consistent team in the second of the league. 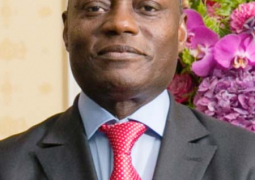