Justice Lamin Jobarteh of the high court in yesterday admitted the report that was sought to be tendered by the state prosecutor in the criminal trial involving former senior judicial officers.

The trial judge in his ruling stated that he had listened to both sides and perused the document sought to be tendered by the prosecution. He cited several authorities in his ruling, and said the document was relevant and admissible.

Justice Jobarteh consequently admitted the document tendered, which was marked as an exhibit (exhibit A1).

The accused persons are Alhaji LS Sonko, ex-assistant Sheriff attached to the Sheriff's Division; Haruna Jaiteh, ex-Judicial Secretary; Amina Saho-Ceesay, ex-Master of the High Court; and Ngui Mboob-Janneh, ex-Judge, all of whom have denied the charges preferred against them.

According to the particulars of offence on count one, Alhaji LS Sonko in 2009, being a public officer attached to the Sheriff's Division of the High Court of The Gambia and entrusted with the duties to execute judgments, conduct auction sales, deduct and pay into the government’s account the statutory 4% of the proceeds of sales, did levy execution in the case of Sosses and Others versus Serign Jobe, but neglected to deduct and pay into the government account the statutory 4% required by law.

The particulars of the offence on count two, stated that Alhaji LS Sonko, being a public officer to wit Assistant Sheriff attached to the Sheriff's Division received the sum of D550,000, being the proceeds of execution in the case of Sosses and Others verses Serign Jobe and converted the said money to his personal use without the consent of the government of The Gambia.

Whereas count six stated that Alhaji LS Sonko and Amina Saho-Ceesay, between 2006 and 2009, being public servants of the government of The Gambia and charged with the responsibility of levying execution of judgments and carrying out auction sales, with intent to defraud carried out sales, but failed or omitted to keep proper accounts of the auction carried out in the following cases: GTB versus Quantum Associates, Dr. Nana Quayson versus Lang Conteh, GTB versus Govinda and Sons, BICI versus Sulayman Jallow, GTB versus Kabiru Mouktar Mohammed, Reliance Financial versus Babo Joof and Inger Johnson Ussberg versus Lamin Secka. 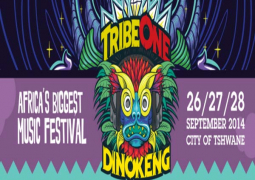