As part of its drive to cover the length and breath of the country, the Gambia Immigration Department has inaugurated a new boarder post in Omorto, Kombo East District.

When contacted to shed light on the issue, the Immigration's Public Relation Officer Cadet Inspector Momodou Lamin Manneh said as a security institution mandated to control the movement of people in and out of the country, it is necessary to have full control of the various entry points.

According to him, the immigration department deemed it necessary to open a post at Omorto, because of its strategic location. As he put it, vehicles and people on a daily basis frequently use it.

PRO Manneh pointed out that presently it is the concern of the immigration department to man the post, noting that it will enable them to conduct routine checks on vehicles and personnel coming in and out of the country.

He stated that plans are underway to put up a fully completed structure that will be used for daily operations and shelter. 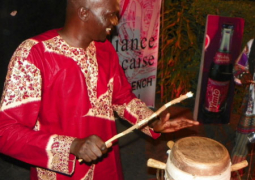