The tournament, currently underway in Farafenni in the North Bank Region of The Gambia, has seen a wave of tough contenders within the 7 participating regions of the country.

After winning the Wrestling contest in the final of the 4th edition of the National Youth Conference and Festival against Banjul, North Bank Region are looking for another gold and can only make it if they manage to beat KMC today and face another tight battle in the final.

Another interesting encounter today will be played between and 2006 runners-up, Western Region in the second semi-finals. 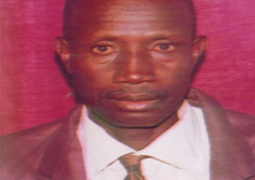