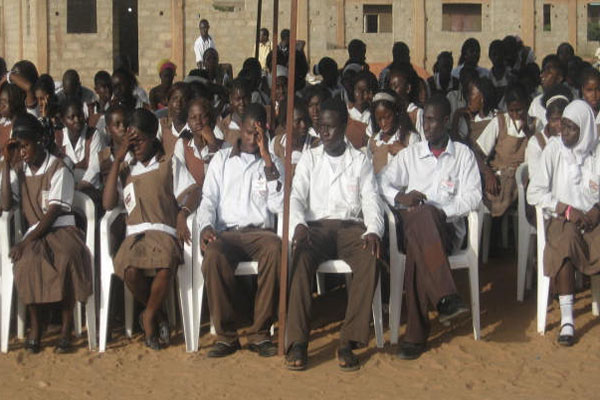 Speaking at the occasion, Mr. Omar Jatta, Principal Education Officer Region One, described the event as a day of reflection for the graduation class and the school as a whole.

In his report, Omar J. Ndur, principal of the school, said that the school is one of the most improved schools in the region both in academic and disciplinary terms. This, he said, has been made possible by the philosophy " believing in oneself" which they preach to students.

In giving a brief history of the school, principal Jatta said that the school initially belonged to Banjul City Council and was established to cater for primary school dropouts until 1976 when the government took it over. He outlined the various challenges the school faced in term of structures. These, he said, included their movement from one place to another within Banjul and finally to its current location.

On enrolment, he said that the school has a population of 1,300 students covering both morning and afternoon shifts. He thanked the Department of State for Basic and Secondary Education, African Muslim Agency, Friends of Gambian Schools and all those who support the school.

The school, he continued, entered 366 candidates for 2007 GABECE out of which 314 passed and only 22 failed. He pointed out transportation and furniture as major constraints facing the school and thus appealed for assistance.

Yamai Secka Jack, Association Peace Corps Director for Education, was the guest speaker at the occasion.

She encouraged the outgoing students to work hard, be respectful and disciplined in order for them to become responsible citizens. "Your result in the grade nine exam will determine your future. Continuing education is a matter of must," she told them.

The occasion was marked by drama and a change of office by the student's council.

Prizes and certificates were awarded to deserving students.