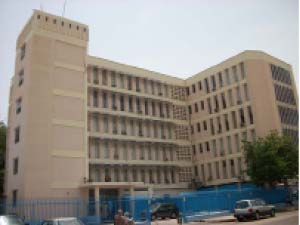 The Gambia continues to face a heavy debt burden, the International Monetary Fund, IMF, has said, adding that as of the end of 2010, domestic debt had risen to almost 30 percent of GDP.

In a statement released after completing its mission to The Gambia yesterday, the IMF said interest on domestic debt has consumed an increasing share of government revenues (18 percent in 2011).

The IMF mission noted that despite a large reduction in external debt under the Highly Indebted Poor Countries (HIPC) Initiative and Multilateral Debt Relief Initiative (MDRI) in December 2007, external debt indicators suggest that The Gambia is still at high risk of debt distress.

However, the IMF also noted that the Gambian economy has performed well in recent years, despite challenging global conditions.

Real GDP growth, it said, averaged around 6½ percent a year during 2008-2010, driven mainly by a strong expansion in agriculture.

“Tourism and remittances, however, were hit hard by the global economic crisis. In 2011, although there were signs that tourism was recovering, real GDP growth is estimated to have fallen slightly to 5½ percent, because of poor weather conditions adversely affecting agriculture in some areas of the country,” the mission stated.

Inflation, it added, ranged between 2½ and 7 percent (year-on-year) in recent years, as the Central Bank of The Gambia (CBG) generally maintained a restrained monetary stance.

The IMF added that at times, this required extensive mopping up of liquidity generated by central bank financing of fiscal deficits. In recent months, inflation has fallen below 5 percent, aided by an improved fiscal performance.

“The government’s fiscal deficit widened substantially during 2007–2010, resulting in a sharp increase in domestic debt. The deterioration of the fiscal balance was caused by a steady decline in government revenues and episodes of large spending overruns,” it said, adding further that extra-budgetary expenditures, including realized contingent liabilities, were major factors behind the surge in government spending, particularly in 2009 and 2010.

The IMF also noted that the banking system in The Gambia has expanded at a rapid pace since 2007, with the number of banks nearly doubling (to 13).

This, the mission went on, contributed to a rapid expansion of much-needed financial services. “It also strained the CBG’s resources for banking supervision. While banks are generally well capitalized and liquid, competition in a relatively small market has increased risks. Credit quality and profitability weakened in 2009-2010, and high loan concentration is a concern,” the IMF stated.

It however noted that several banks are vulnerable to liquidity risks from exposure to large depositors and in 2011, financial indicators have strengthened under the CBG’s intensive supervision.

“The ’s external current account deficit has widened in recent years, due to weak tourism receipts and remittances and high global commodity prices. In 2011, strong exports of groundnuts early in the year combined with an upswing in tourism in the fourth quarter to narrow the deficit, despite a surge in the cost of fuel imports,” it further revealed.

It noted that official international reserves have remained at a comfortable level at over 5 months of imports.

The , it said, has made significant progress in implementing structural reforms, particularly in the areas of public financial management, debt management, and financial sector development.

“Good progress has also been achieved toward meeting several of the Millennium Development Goals, most notably in health and education. However, poverty is still widespread,” it added.
Executive Board Assessment

Executive Directors commended the authorities for making progress in poverty reduction and achieving strong growth and low inflation despite a difficult global environment. Looking ahead, Directors observed that although the outlook for the economy is generally positive, there are a number of risks, particularly the high cost and rollover risks of domestic debt.
Directors welcomed the improved fiscal performance and supported the government’s plans for additional fiscal consolidation in the period ahead. They agreed that further fiscal adjustment aimed at curbing domestic borrowing is appropriate.

Directors considered that comprehensive tax reforms, including an early introduction of the VAT and additional steps to increase tax compliance, are essential to rebuild government revenues. In particular, strengthening revenue administration and phasing out fuel subsidies would bolster the credibility of the authorities’ fiscal plans for the medium term. Simplicity, broad coverage, and low tax rates would also help to improve the business environment.

Directors agreed that monetary policymaking should remain focused on safeguarding price stability. To this end, they encouraged the central bank to develop liquidity management instruments that would enhance the efficiency of the money market and reduce intermediation costs. Directors also encouraged the authorities to maintain exchange rate flexibility, as well as the import coverage of international reserves.

Directors observed that the banking system is well capitalized and liquid. Noting however a still elevated non-performing loans ratio and other vulnerabilities in the banking sector, they welcomed the authorities’ intention to reinforce their oversight of the financial sector.