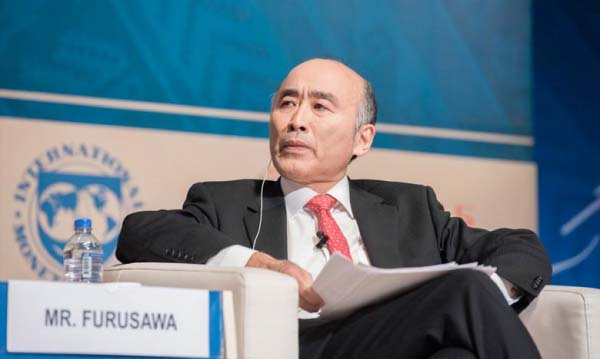 The executive board of the International Monetary Fund (IMF) has recently endorsed the disbursement of US$16.1 million emergency financial assistance to The Gambia government.

The disbursement was under the Rapid Credit Facility (RCF), a lending arrangement through which IMF provides rapid financial support in a single, up-front payout for low-income countries facing urgent financing needs.

According to a statement from the IMF, the $16.1 million was approved for The Gambia “to enable the authorities to meet their urgent balance of payment needs and “a precariously low level” of usable international reserves.

The Executive Board’s approval of the RCF disbursement will also enable the authorities to engage in further discussions with the donor community regarding assistance to meet their remaining financing needs. The Board’s approval enables the immediate disbursement of the full amount of the RCF loan, which is equivalent to 18.75 percent of The Gambia’s quota in the IMF.

Following the approval, Mr Mitsuhiro Furusawa, Deputy Managing Director and Acting Chair, said:  “The Gambia faces an urgent balance of payments need triggered by a weak agricultural season, lower tourism receipts due to the political turmoil early this year, and higher commodity prices. These shocks along with past economic mismanagement have exacerbated an already weak economic situation.

“The Gambian authorities are strongly committed to a break with past policies and to restoring macroeconomic stability and debt sustainability. To that end, they intend to implement strong fiscal measures in 2017 and beyond. They have committed to drastically reducing domestic borrowing, including by ending central bank deficit financing, and are taking substantive measures to increase non-tax revenue and reduce expenditures in 2017.

The authorities also plan to undertake comprehensive reforms of key state-owned enterprises to secure the planned fiscal adjustment. These efforts are complemented by substantial external support from development partners. However, sustained further efforts beyond 2017 will be needed to secure fiscal sustainability.

“The Gambia’s high public debt exposes it to significant vulnerabilities. To reduce these vulnerabilities, multilateral development banks have committed to provide additional support and assurances of highly concessional support have been received from some of The Gambia’s major official bilateral creditors. The authorities are also committed to developing a strategy to reduce vulnerabilities stemming from domestic debt. These actions will help make debt sustainable over the medium term, although risks are expected to remain elevated.

Over the coming months, it will be important for the authorities to continue to pursue a coordinated approach to secure assurances of support from other official creditors to reduce debt vulnerabilities.

“The IMF is supporting the efforts of The Gambia with resources from the Rapid Credit Facility. In addition, determined and strong policy implementation under the staff monitored program will be critical to restoring macroeconomic stability, help catalyze further donor financing and establish a track record as the basis for future program engagement with the IMF.”

Background. The Gambia is at a historical turning point, with the transition to a democratically elected government committed to the rule of law, freedom of speech and socio-economic development ending the 22-year reign of the autocratic regime of former President Jammeh.

However, the new government has inherited a dire economicsituation and the country is faced with an urgent balance of payments need and a precariously low level of usable international reserves.

The Gambia has been hit by a bad agricultural season, the political turmoil following the elections in December 2016 is expected to reduce tourism receipts in the first quarter of 2017 by about one third, and higher fuel and commodity prices put further strain on the balance of payments (BOP). The total BOP-impact of these shocks in 2017 is estimated at $31 million (3 percent of GDP).

Finally, the new government is uncovering massive theft and embezzlement of funds by the previous regime mainly from state-owned enterprises (SOEs). International development partners have been quick to reengage and have indicated that substantive support is forthcoming.