Today, Thursday, the International Fund for Agricultural Development (IFAD) is to hold a daylong seminar with the Gambia government to review findings of the evaluation of IFAD-funded programmes.

At the seminar, to be held a local hotel in Kololi, the two parties will discuss key evaluation findings, and ways and means to further contribute to transforming rural areas to reduce rural poverty.

Louise C McDonald, evaluation officer at the Independent Office of Evaluation of IFAD, said one of the issues they will talk to the government about at the forum is how to target poor rural people better and increase their income more than anything else.

She said the meeting is “very important” because the current three-year funding circle of IFAD to the government ends this year.

“The next circle starts in 2016,” she said.“So we want to do some discussions to look at what is going to be the most interesting strategies during the next circle to achieve rural poverty reduction.”

She said IFAD works with different partners whether government or non-government to better coordinate activities in the rural areas to increase the impact of its funding.

“One of the things we will be encouraging The Gambia is to look at the overall coordination of how development partners in The Gambia are working so that there will be no duplication of efforts, but all will be providing complementary inputs to make a difference,” said Ms McDonald who is in The Gambia for the meeting.

She explained that earlier this year, they undertook a few missions to The Gambia during which they spoke with both the government and other stakeholders who have been working with IFAD co-financed projects.

“We have lot of interesting findings because there are many things that were done very well by the teams implementing the projects,” she said, adding that IFAD and the government has successfully introduced things like monitoring and evaluation of production statistics, increasing opportunities for rice growing and home gardening.

Ms McDonald said during their missions, they found out that The Gambia has tried and done very well in reaching women, “but we thought it could have been helpful if they also help to reduce their [women] work load in other areas”.

She noted that the opening of new rice fields takes a lot of extra work and energy for women, though “it has made a difference to their incomes”.

The IFAD official pointed out that another challenge they found out was that some of the infrastructure that are put in place at the rice fields and gardens of women cannot last long, as the impacts of climate change continue to worsen.

“So, we need to get the government and IFAD operation team to look at what is the technical specification that is going to be required to make those infrastructures last a lot longer,” Ms McDonald said.

IFAD has financed nine programmes and projects in The Gambia since 1982, investing a total of US$53.6 million.These projects and programmes are directly benefiting more than 126,000 rural households; the majority of beneficiaries are women, according to IFAD.

The overall goal of the projects are to reduce rural poverty by improving household food security and income, especially of smallholder farmers, women and young people, in accordance with the Gambia government priorities. 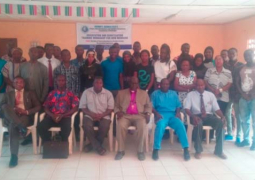 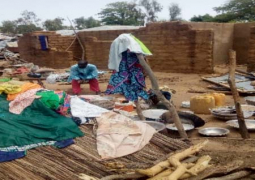