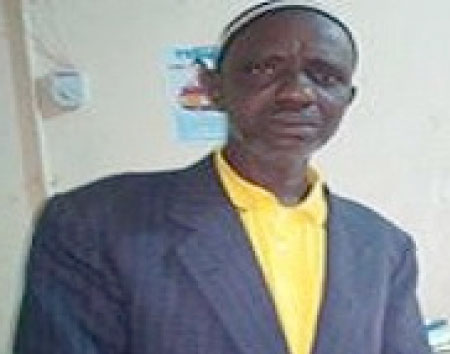 The secretary general of Gambia For 5 Years and Peace Building, Ebrima Sorrie Bah, has warned that if the 3 Years Jotna makes any attempt to take to the streets on the 20 Janaury 2020, they will consider it as a complete coup d’état.

He further revealed that his movement will gather more than 100,000 people for Sunday’s solidarity march as a reminder to President Adama Barrow to honour his five years mandate.

The group is set to take to the streets on Sunday 12 January 2020 for what they defined as peaceful  national solidarity march, officials said at a press briefing on Wednesday. The march past will start from Sitting Corner, the outskirts of Jeswang and stops almost 200 meters before the Denton Bridge.

Mr. Bah revealed that they have been granted a permit and the idea behind the march is to show that majority of Gambians have agreed for Barrow to serve five years mandate.

“We are targeting more than 100, 000 people and some of our partners in America, U.K. and Asia are expected to arrive soon. People will also be driving from all corners of the country,” Mr. Bah said.

Continuing, he indicated that the 3 Years Jotna is backed by political parties and it’s rumoured recently that one big party has withdrawn and supported the five years mandate.

He added that they are only committed to the maintenance of peace and stability of the country.

“The United Nation, European Union, ECOWAS, OIC and other international bodies are in support of President Barrow’s five years mandate,” he stated.

Mr. Bah reminded the public that the five years mandate is constitutional, arguing one cannot compare legality and morality. He added that it is with this background that they are taking the lead to make sure that the president serves five years.

“No political banners or symbols will be allowed because we are a non-political group.”

He emphasised that they have written a letter for the president to send someone to receive their petition on his behalf at Sunday’s solidarity March.

Abdoulie Mendy, the secretary for Peace and Stability, has clarified that they are not protesting but marching in solidarity with the constitution.

He said they want go on the march in a most peaceful and respectful manner as they are not doing it for a specific group but to safeguard our constitution.

He added that if 3 Years Jotna on January 20 went out to forcefully remove a government, this time it will not be a protest but rebelling against a government.

"We Were Disappointed'' - Lamin Kaku Jabang