Mrs. Fatou Bensouda a Gambian lawyer who is Deputy Prosecutor and Head of the Prosecution Division at the International Criminal Court (ICC) has said that the ICC is more than a court, stressing that it is a comprehensive and global criminal justice system.

Mrs. Bensouda, a former Attorney General and Minister of Justice in the Gambia, was speaking at the just-concluded "Gambia Bar Week" conference organised by the Gambia Bar Association and held at the Kairaba Beach Hotel.

The Deputy ICC Prosecutor made a presentation on the topic: "Prosecutor's Perspective on International Criminal Justice in the 21st Century."

Mrs Bensouda said the ICC is a new instrument of peace in a world where conflicts transcend borders. She stated that the ICC is not only about alruism, but it is also about our self-interest.

"If states don't deal with massive crimes, there are no safe borders for the global community," she further said, adding that, "a global problem needs a global solution."
She underscored the need for innovative, strong and consistent diplomatic and political action by all actors to ensure compliance with the court's decision.

As she put it, "when it comes to perpetrators of massive crimes, there should be only one answer: the full and transparent implementation of the law."

According to her, the ICC and the Rome Statutes are one of them: creating global governance without global government but with global/international law and courts.

The preamble to the Rome Statutes, she noted, calls for the need "to put an end to impunity for perpetrators of (the most serious crimes of concern to the international community) and thus to contribute to the prevention of such crimes."

Mrs Bensouda revealed that among the challenges the Office of the Prosecutor, as an organ of the ICC, has faced in investigating and prosecuting crimes in the context of complex modern conflicts is cooperation, and how to initiate its investigations.

She said that while the court has the necessary judicial powers, it does not have an independent mechanism to enforce its decisions.

"Accordingly, the successful implementation of its work depends on cooperation with the international community, in particular State Parties - although our needs often need to be met by States which are not part of the Rome system," she said.

"That cooperation is necessary in assisting the Court with the protection of victims and witnesses, the execution of warrants of arrest, the transfer of suspects to the Court as well as logistical and administrative matters," she added.

According to Mrs Bensouda, 60 years ago with the Nuremberg Trials, for the first time those who committed massive crimes were held accountable before the international community.

"Nuremberg was a landmark. However, the world was not ready to transform such a landmark into a lasting institution. The Cold War produced massive crimes in Europe, Latin America and Asia; Africa was still under the rule of colonialism and Apartheid.

"In the end, the world would wait for almost half a century after Nuremberg, and would witness again two genocides, first in the former Yugoslavia, and then in Rwanda - before the Security Council decided to create the ICTY and the ICTR, thus connecting peace and international justice again."

She added that the contribution of the ad hoc tribunals is yet to be fully recognized and measured.

"They developed the law, prosecuted the worst perpetrators, Generals, members of Governments. They contributed to restore lasting peace in conflict-torn regions. The ad hoc tribunals for Yugoslavia and Rwanda paved the way for the decision to establish a permanent criminal court," she said.

She pointed out that under the Rome Statutes, substantive law has been codified into one detailed text; States have reaffirmed their duty to prosecute the worst criminals; an independent, impartial and permanent International Criminal Court has been established; and authority has been vested in the Court to intervene if States fail to carry out their own responsibility to conduct genuine proceedings, while at the same time providing an incentive to States to assert their own responsibilities in the cause of international justice.

"The Court is complementary to national jurisdictions. But let us understand well the meaning of complementarily: if the States do not prosecute those most responsible, the ICC will do it. Impunity is not an option," she further stated.

As stated in the Rome Statutes' Preamble, Bensouda added, "by putting an end to impunity for the perpetrators of the most serious crimes, the court can and will contribute to the prevention of such crimes, thus having a deterrent effect."

"Today, we are building a global community; new technologies and globalization have deeply contributed to this evolution. Communities and people that were isolated before are today coming together, exchanging and communicating at a tremendous speed.

This global community has also led to the consolidation of global criminality," she said.

She revealed that as a result of the application of the law, they are prosecuting Thomas Lubanga for recruiting child soldiers; Joseph Kony and other leaders of the LRA for abducting children and transforming them into sexual slaves and killers; Germain Katanga and Matthew Ngudjolo for killing and raping civilians; Jean-Pierre Bemba, for a campaign of rapes and pillages, as well as Harun and Kushayb for attacking civilians in villages.

"We have requested an arrest warrant against Al Bashir for genocide, crimes against humanity and war crimes; we are prosecuting Abu Garda for attacking AU peacekeepers in Haskanita on 29 September 2007.

"As announced late November, we are seeking authorization from the Court's judges to open an investigation pro prio motu regarding the situation in Kenya and the crimes committed during the post-election violence in December 2007."

"We are also carrying out analysis activities in four continents, including in Colombia, Palestine, Georgia and Afghanistan," she disclosed.

"For our part, as the OTP, we stand ready to discuss mutual concerns and areas of common interest. We have met on several occasions with lawyers in Africa in various fora; lawyers engaged in the promotion of international criminal justice and the need to put an end to impunity for the most serious crimes of concern to the ICC. The OTP has also developed over the years informal cooperation networks with different partners, such as civic organizations, NGOs, academia, and lawyers' associations," she concluded. 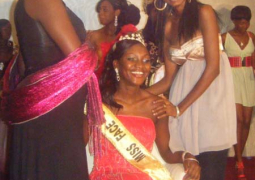