First Ebola case diagnosed in the US

The first case of the deadly Ebola virus diagnosed on US soil has been confirmed in Dallas, Texas.

Officials at Texas Health Presbyterian Hospital say the unidentified patient is being kept in isolation.

The man is thought to have contracted the virus in Liberia before travelling to the US nearly two weeks ago.

More than 3,000 people have already died of Ebola in West Africa and a small number of US aid workers have recovered after being flown to the US. (bbc)

The US Centers for Disease Control and Prevention (CDC) says the Ebola virus seems to have been contained in Nigeria and Senegal, with no new cases reported there for almost a month.

The Ministry of Health and Sanitation’s latest report included 65 new confirmed cases and 25 suspected, bringing the total to over 2,400. Koinadugu has had 29 excluded cases and remains the only district without a probable or confirmed case.

According to the latest situation report, 90 Ebola cases have been confirmed across the country. Over 1,200 cases have been admitted for treatment since the outbreak began and more than 430 have been discharged. Media sources have reported that the mobile laboratory donated by China, BSL-3 has been commissioned. www.internationalsos.com

Media sources report that soldiers at the Edward Beyan Kesselley Barracks have been quarantined and the facility has been closed for 21 days.

The step was initiated after at least seven soldiers from the Liberian army were infected with Ebola. The soldiers have been admitted to John F. Kennedy Ebola Treatment Centre.

It is reported that one of the soldier’s may have acquired the infection from his spouse, which then spread to his close contacts at the barracks. www.internationalsos.com

As part of the nation’s Ebola readiness preparation, Ghana’s first designated Ebola Treatment Centre is nearing completion at the Tema General Hospital, located to the east of Accra.

Two other ETCs are planned in Kumasi and Tamale.

Although more than 95 suspected cases have been tested in Ghana, none had Ebola. There have been no cases in the country. www.internationalsos.com 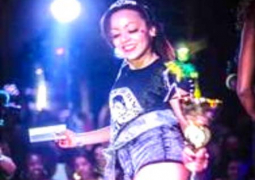