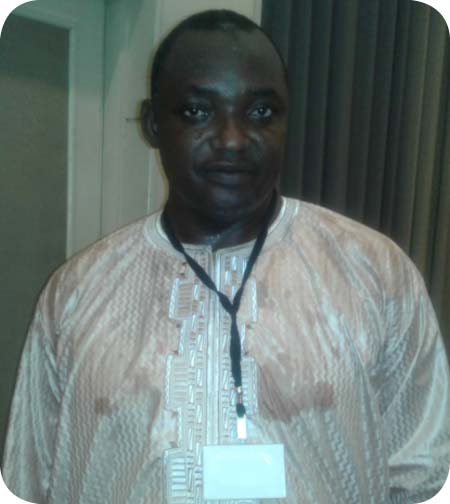 The flagbearer of the coalition of seven opposition political parties has affirmed his commitment and loyalty to the agreement that brought in the alliance.

“I am committed and loyal to the coalition and any other agreement that we all appended our signatures on,” Adama Barrow said in his acceptance speech, shortly after been elected flagbearer of the coalition.

He was elected by 308 of 490 delegates at the convention held to elect a flagbearer of the opposition coalition on Sunday at a hotel in Kololi.  Barrow was the candidate of the United Democratic Party (UDP).

Other party leaders that showed interest in being the flagbearer of the coalition were Halifa Sallah of the People’s Democratic Party for Independence and Socialism (PDOIS), Hamat Bah of the National Reconciliation Party (NRP), and Lamin Bolong Bojang of the National Convention Party (NCP).

Mr Barrow said come 1 December 2016, if he is elected president of The Gambia, he “shall” implement programmes and policies in line with the spirit and letter of the agreement signed by all the seven political parties in the coalition.

Apart from PDOIS, UDP, NRP and NCP, other parties in the coalition are Gambia Moral Congress, People’s Progressive Party, and Gambia Party for Democracy and Development.

Details of the agreement of the coalition have not been made public, but The Point newspaper understood that one of the terms is that the coalition president shall serve for a transition period of three years, and take the country to an election in which the coalition leader would not contest as a presidential candidate.

The appointment of ministers, Speaker of the National Assembly, directors of security apparatus like NIA, the police and army are also part of the agreement.  Each party in the coalition would be fairly represented in the coalition government, as agreed.

Mr Barrow reiterated that he is committed to the coalition agreement, and shall work with all the other party leaders in salvaging The Gambia from “the destruction it has found itself”.

Omar J. Jallow alias OJ Jallow, leader of the PPP – the ruling party in the first republic, said he has known Mr Barrow enough not to question his integrity to live up to the coalition agreement.

“I know him and I will never, ever question his integrity that he will live up to the letter and spirit of the alliance; he will make sure what is written in the alliance will be executed to the letter,” he said.

The coalition flagbearer has further stated that all the party leaders in the coalition have put their differences, and the differences of their political parties aside, to work for the common cause of taking The Gambia from President Yahya Jammeh, come the December 1st presidential election.

Mr Barrow said the diverseness of the coalition is an indication that it can easily solidify the gains the individual parties have made over the years, and transform the strength to the desired victory.

“We can do it because the experience and determination is there,” he said.  “Let’s go out and unite and grab the opportunity presented by our people; Gambians are already tired of Yahya Jammeh, and this year by the grace of Allah we shall end his rule.”

“Our work begins today, the task ahead cannot be overemphasized, but I have no doubt that with the strength of will and determination, we would overcome all obstacles and prevail,” he further stated. 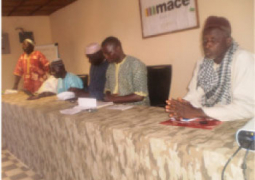