The food crisis in The Gambia is forcing more people to go hungry.Over 950 million people in the world go hungry every day and it's getting worse, in spite of the UN's promise to halve hunger by 2015.In The Gambia household food insecurity rose by 30-50% in 2006, and this is situation is getting worse with the current global food crisis says a media release from Action Aid The Gambia.

Despite the fact that the government has removed the import tax on rice, which is the country's staple food, the release added, the price for a bag of rice has already increased by over 60% this year.

"As part of ActionAid's HungerFREE campaign, women in The Gambia are joining forces with women from all over the world to take action against hunger and the food crisis, and the discrimination that they face in the production of food.An FAO report says that in The Gambia women grow 60% of the food, and yet they own less than 10% of the land.Title to good quality land is critically important for the attainment of food self-sufficiency and enhanced income.Women are also disadvantaged in their lack of access to other productive resources - improved farming technologies, seeds, fertilizers, water and credit".In the context of the current food prices crisis it said an urgent action at local and national level is needed to support women farmers in producing food.

'Women hold the key to ending hunger in The Gambia. They produce more that 90% of locally produced rice, The Gambia's staple food. They assume responsibility for household food security, but they lack the requiredresources to grow sufficient food" says Kujejatou Manneh-Jallow, Country Director of ActionAid The Gambia, "women have the right to own land, but in reality they don't - or they only own poor quality land.Enabling women (the main producers of our rice) to own land is critical for our own national food security."

In consortium with NAWFA, NAYAFS, ADWAC, and AFET, ActionAid The Gambia is organising a week-long caravan that will cross the country to hear the voices of women and give profile to these issues.Women hold the solutions to ending hunger and as the caravan stops on its route women will be meeting in villages to share the difficulties they face, and their proposed solutions, with the people who can make a difference - the alkalolu, chiefs, governors, officials and others.

"We cannot turn a blind eye to this situation any more.This is not only a question of women's rights - it is also a question of feeding the country and ending hunger.The current food crisis has served as a warning: our food stores must be in The Gambia - not outside in other countries.We need to feed ourselves, and women are key to this.We must listen to what the women say and find solutions to the problems they face urgently", says Jainaba Nyang-Nije, Women's Rights Manager, ActionAid The Gambia.

The caravan will set off on its journey on 15thOctober, Rural Women's Day.After visiting each division, the caravan will return to the Buffer Zone on 21stOctober to attend the candlelight vigil organised by FAO, DOSA and ActionAid.At this vigil, a petition from the women farmers who take part in the campaign will be presented to the Speaker of the National Assembly.

"How can women produce the food needed to feed them and their families if they don't own or control the land they work, or have access to seeds, fertiliser and credit?" Njagga Jawo, Executive Director of NAWFA (National Women Farmers' Association).He continues, "Women farmer members of NAWFA are taking part in the HungerFREE campaign to demand that more be done to enable them to farm.NAWFA members express their gratitude to the alkalolu, chiefs and landowners who have responded to their call by allocating land to women, and they hope that this will continue with others doing the same.They also have high hopes that as a result of the HungerFREE campaign the government will take decisive action to support women through national policies and budget allocation."

1.Every woman farmer to have permanent access to, and control over, a minimum of 0.25ha of good quality farmland.

2.The national budget allocation to the agriculture sector to be increased to 10%, with a significant percentage allocation of this going to women farmers.

3.Measures should be taken so that women can access the other productive resources needed to grow food, such as seeds, fertilizers, implements and credit. 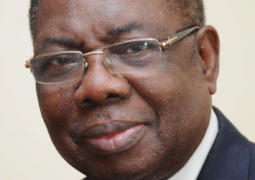