Reviving the sport of wrestling in the country is quite necessary.

Wrestling used to be one most the popular sports in the country, but has ceased to be so over the years.

Wrestling is the world’s oldest sports, no doubt, and attracts a lot of viewers and supporters.

However, with the recent interest shown and manifested by the ministries of Tourism and Culture and Youth and Sports, this should help wrestling regain its lost glory.

We understand that the Ministry of Youth and Sports through the National Sports Council (NSC) has provided D140, 000 (One hundred and forty thousand Dalasis) for the revival of wrestling across the country.

The NSC in its bid to revive the promotion and development of national wrestling, will organize wrestling tournaments countrywide, scheduled to take place from February through May 2012.

To us, this is a great initiative that would revamp the old sport and, hopefully, attract potential investment from interested stakeholders and individual businesspeople.

We commend the ministry for their foresight in investing in and prioritizing wrestling in the country.

Wrestling, as seen happening in other countries, could create employment opportunities for many unemployed youths; promote unity and understanding among citizens, and serves as a source of entertainment for both young and old.

Meanwhile, the week-end encounter at the Independence Stadium between Gambian and Senegalese wrestlers is the kind of initiative that could promote the sport.

We salute the partners, Ablo Promotion, Black Entertainment and New Century for their role in promoting the revival of wrestling in the country.

In , for instance, where wrestling is much more popular, and is the national sport, it attracts huge sums of money for all players. 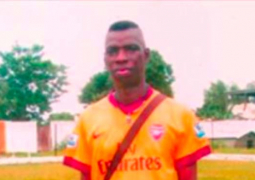 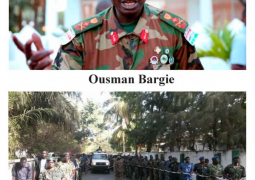