The trial of Edwin Nebolisa Nwakaeme, Director of Programmes of the NGO African Democracy and Good Governance (ADG), who was charged for giving false information, could not proceed yesterday at the Banjul Magistrates' Court.

Mr. Nwakaeme's trial failed to proceed when the defence counsel, H. Gaye, informed the prosecutor that she was at Brikama Magistrates' Court, and proposed a new date, that is, Monday 19th April 2010.

Meanwhile, the amended charges against the accused person now read that Mr. Edwin in the month of March 2010 in the city of Banjul gave false information to the Office of the President, that Africa in Democracy and Good Governance (ADG) is a non- governmental organisation (NGO), which he knew to be false or had no reason to believe to be true.

During the last sitting, defence lawyer Assan Martin told the court that on the grounds of ill-health, since Mr. Edwin was suffering from fever and serious chest pain, the court should grant his client bail.

Consequently, the court granted the accused person bail in the sum of D5, 000,000, with two Gambian sureties who must have properties of that value within the Greater Banjul Area. 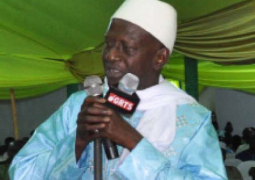