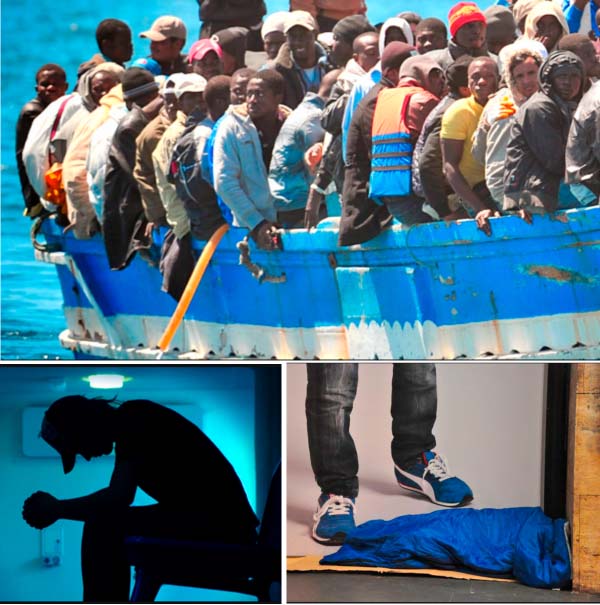 The youth of today face a myriad of societal problems. As in previous generations, the social issues facing today’s youth can have significant effects on how these young people will eventually turn out as they reach adulthood.

The problem is getting worse in recent years with kids in their high school years becoming unsuspecting victims.

The drugs of choice among today’s youth include a variety of new designer drugs that have been popping up at an alarming speed. In fact, it can be difficult for law enforcement to keep up this all of the new dangerous substances that continue being introduced on the black market.

Another social issue that has been giving negative effects on the youth of today is early sexual activity. Unlike in previous generations, sex and sexual issues are openly being discussed these days even when youths are within hearing range.

In its place, however, is a more dangerous social threat with more extreme repercussions. The growing proliferation of alcoholic drinks and illegal drugs has led many young people down a losing path.

The problem is not exactly limited within a given circle as this has been unwittingly magnified in several channels. In the media for example, notably television, movies, and the internet, young people are exposed to different contents and images that carry sexual suggestions.

Adults are often not around to supervise the actions of their offspring either because they are working or dealing with their own personal problems like alcoholism or divorce.

In this regard, single parenthood is one other growing social concern that modern youth has had to deal with.  With only one parent available to look after them, children have had to seek emotional and material support from other people including their peers. This exposes them to a variety of risks especially when no other responsible adult is willing to help them out.

Given these diverse social issues, the future would appear bleak for the youth of today. Still, authorities should take heart in the belief that given proper attention, young people can be nurtured to become competent national leaders.

Drug and alcohol abuse continues to be among the more serious problems confronting modern society. In previous generations, smoking topped the list of growing social issues. However, recent public efforts to curb the smoking habit have somehow effectively addressed this particular social problem, although it remains to be totally resolved.

Certainly education can help our youth to avoid dangerous drugs and to stay on the right path. In addition, religious and community groups can keep young people occupied and engaged in positive character building activities which will keep them from going astray.

One of the best things we can do is to invest in today’s youth by giving them good jobs to help the young people of today get out of bad situations and to reach for a bright future.

Youths need to face the problem of social pressure called peer pressure. There is tremendous pressure to do what those around you are doing. All people, young and old, are subjected to the pressure to conform in order to be accepted and liked by others.

Youths need to learn to be themselves and not imitations of others. They need to learn to think for themselves rather than blindly following the way of the crowd. If you follow others you will never be your own person. Surely, all should try to be socially acceptable to a degree, friendly, courteous, fair, gentle, pleasant and polite.

But all must learn to stand on their own feet and be independent of others to the extent that they do not let others govern their lives. You should never compromise what is true and right before God to get along and go along with anybody.

One talent youths must develop is the ability to stand even if they have to stand alone.

But you should not let pressure of being accepted, being liked, being popular have the controlling influence over your life. Unless you learn to discipline yourself to stand for truth regardless of others you are subject to being tossed to and fro all your life from one error to another.