Rice fields being invaded by marauding herds of hippos are not a new case in parts of Central River and Upper River Regions. Farmers and rice cultivators in these regions have always intensify their calls for help to deal with the growing destructions caused by bush pigs and hippos.

It is again in the news about a recent complaint lodged by rice growers of Kundang in the Central River Region (CRR). The farmers in the area claimed that the unending invasion and destruction of their rice fields by wild bush pigs and hippopotamus is a cause of concern.

Hippos is one of only two extant species in the family Hippopotamidae, the other being the pygmy hippopotamus (Choeropsis liberiensis or Hexaprotodon liberiensis).The common hippo inhabits rivers, lakes and mangrove swamps, where territorial bulls preside over a stretch of river and groups of five to thirty females and young. During the day, they remain cool by staying in the water or mud; reproduction and childbirth both occur in water. They emerge at dusk to graze on grasses. While hippos rest near each other in the water, grazing is a solitary activity and hippos are not territorial on land.

Animal specialists believe that hippo is among the most dangerous animals in the world as it is highly aggressive and unpredictable.

Meanwhile, what is more worrying is that virtually all these local poor farmers depend entirely on their produce to sustain their families. The stories are disheartening and calls for urgent remedy. Hippo invasion on farms has left many farmers in these parts of CRR in limbo and daily nightmare with regard to the plights of their maturing rice yet to be harvested.

The government through the Department of Wildlife Management should immediately devise mechanisms to salvage the plights of these poor farmers.

It is really disheartening considering the amount of energy and hard labour employed to go in vain. The problem of hippos and bush pigs invading farmlands in that part of Gambia existed for years. It is high time Government through the Department of Parks and Wildlife intervene and ensure that mechanisms are in place to prevent the intrusion of these marauding herds of animals on farmlands.

Just recently the presidency enhanced these farmers with the donation of farming implements meant to boost agric productivity in the area. But with this frequent invasion by wild pigs and hippos their dreams of achieving the food self sufficiency drive appears slim.

‘‘I found in one of the tombs an inscription saying, ‘If you touch my tomb, you will be eaten by a crocodile and hippopotamus.’ It doesn’t mean the hippo will eat you, it means the person really wanted his tomb to be protected.’’ 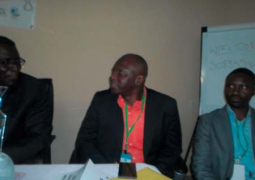 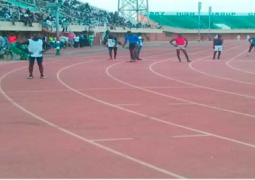