The Minister of Health and Social Welfare, Hon. Fatim Badjie, has told visiting officials of Karmic Angels International that the Royal Victoria Teaching Hospital (RVTH) needs more support from donors and concerned associations to cater for a demanding population.

Karmic Angel's top brass were in her office to hand over new autoclave parts and a microscope for the maternity unit of the RVTH, which the charity donated last December.

The mission to the minister's office was also meant to brief her about Karmic Angels’ intervention in the health sector since its establishment in 2008.

An autoclave is used for sterilizing equipment and operating clothing, officials, says at the meeting held at the conference hall of the Ministry of Health.

Officials of Karmic Angels also spoke of bringing an expert in the area of surgery that will train nurses at the RVTH to operate the sophisticated medical equipment donated by the charity.

The Health minister revealed that RVTH is a priority institution, adding: "For your assistance to be targeted to RVTH is very much in line with what the Ministry is doing, and it needs more help. We need to build the culture of giving back to the people."

Minister Badjie assured the visiting officials of Karmic Angels that her ministry will have a close relationship with them. "RVTH really needs help in critical areas," she said.

"Karmic Angels over the years has supported the country's development aspirations in various ways, and we would like to partner with the Health ministry in order to help achieve its goals," Stephanie added.

Alan Turner, director of Karmic Angels International, also made similar comments and assured the ministry of his charity's support at all times.

According to him, since 2008, they have been working in The Gambia to improve livelihoods of the citizens, adding that a good health delivery system is of paramount importance to the society.

Also present at the meeting were the Chief Medical Director of RVTH and provost of the of and allied Sciences at the Ousman Nyan, who hailed the efforts of Karmic Angles towards the development of the country's health sector. 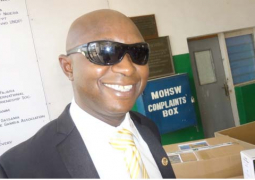 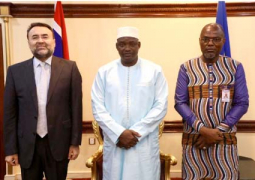