President Yahya Jammeh continued his dialogue with the people tour Thursday with meetings in Basse in the Upper River Region, renewing calls for Gambians especially the youths to go back to the land.

President Jammeh, who has received tumultuous welcomes in all the regions he has visited so far, emphasized that for there to be food self-sufficiency, Gambians must go back to the land, grow what they eat and eat what they grow.

Addressing meetings in Kaur and Jangjangbureh all in the Central River Region, the Gambian leader reminded the people of Kaur a promise he made during his first years in office, when meetings were held at the car park.

The promise, he recalled, was the transformation of Kaur into a city, and that now signs of the transformation are evident in the form of roads, electricity supply, schools, and clean drinking water among other development projects.

“It was impossible in the past to travel from Kaur to Janjanbureh late in the evening, but one can move around at any time these days,” President Jammeh said.

On the people’s desire for improved feeder roads, the President requested their patience as the major road was already constructed, and that a road survey has been conducted as well.

While questioning the involvement of the men in rice cultivation, President Jammeh said: “If we all go back to the land, we will be able to feed our families with fresh nutritious food as farmers are supposed to consume the best of their produce and sell the leftover.”

He blamed the cause of the numerous new diseases on imported rice which, he said, is stored for years with fumigants.

He tasked the youths of the region to make best use of the fresh water at their disposal by seriously engaging in agriculture, and take over the responsibility of feeding their ageing parents and families.

President Jammeh declared that beginning this year, from Bullock in Foni Berefet district to Koina, there will be no Nawettan football tournament in the rainy season, saying the Nawettan will be done on the farm and he’s not going to compromise on this.

He stressed that in any village that went ahead to organise the Nawettan, the alkalo and the chief will all go to jail, and he means it.

Speaking earlier, Yankuba Colley, mayor of the Kanifing Municipality, who is also the APRC National Mobiliser, commended the people for rallying behind President Yahya Jammeh and the APRC since its inception.

He disclosed that he has a farm in the area and harvested 35 bags of maize which he has donated to the Gambian leader as his little contribution from the tractors provided by the president.

Meanwhile, the President on Wednesday inaugurated the food security through commercialization project value addition centre funded by the FAO in Nyangen village in the Central River Region. 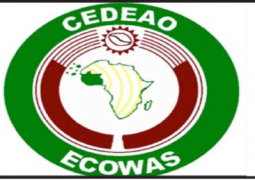