Saffie Lowe-Ceesay, Minister of Health and Social Welfare, has said that exposing vulnerable children to such hazardous environment should be a concern to all.

“My ministry equally shares the same concerns for children who are seen scavenging in our various dumpsites and also serving as refuse  collectors in and around our major towns; depriving them of their constitutional right to education,” she said.

She was speaking during the second ordinary session of the 2017 legislative year of the National Assembly in Banjul.

She explained that children that are being exposed to such risks maybe children from low socioeconomic background including orphans and vulnerable children such as street children and child returnees, children on the move and missing children.

The Health Minister indicated that the department of Social Welfare is the government institution responsible for the protection and promotion of the rights and welfare of vulnerable individuals and groups in The Gambia.

She added that the department also works with stakeholders such as police, Ministry of Interior, UNICEF and NGOs as well as the private sector.

“My Ministry has what is called the family tracing and unification for street children and child returnees,” she said.

She assured that her ministry would work tirelessly through the Department of Social Welfare to improve the Social Security and Protection and Care and support for vulnerable children.

They would also ensure that there is juvenile justice, especially with the Local Government Ministry responsible for waste management and local members of the community. 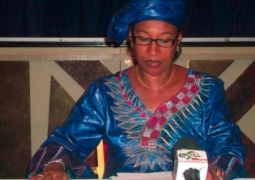