The present sharp disparity in the salaries and allowances for public servants is immoral and only works to injure the quality of service delivery.

Naturally you don’t expect to reap the best from grieving individuals who feel less important among their peers in the Civil Service.

Lack of proper remuneration policies has over the years fuelled inequalities in the Civil Service with some workers, especially those hired from the private sector, taking home perks that are unmatched even by higher ranking officers.

We are glad the government has appreciated this fact and promises to restore sanity by harmonising the salaries of all public servants.

The commission says all public servants currently earning extremely high salaries and allowances for their job groups will have their earnings frozen as it seeks to harmonise new pay bands.

The salaries body has published a draft policy document which, if implemented as it currently reads, will see workers earning more than their colleagues in the same job grade subjected to a pay freeze as others get increments.

These measures are laudable because morale is key in improving the performance of public servants. All workers should operate on a level playing field if we expect the best out of them.

It is no secret that pay and allowance disparities are rife in the public service and have remained unchecked over the years and this has had devastating consequences including corruption by some officers attempting to match the fortunes of their privileged colleagues.

This kind of scenario is not helpful to an economy eyeing quicker growth, supported by a vibrant Civil Service. Public servants must fairly be compensated for their efforts but based on concrete policies.

There is no room for empty talk on this crucial matter and all parties involved must be prepared to push through this initiative to fruition.

It is human that some parties will be upset by the harmonisation of salaries and allowances, but we must keep our focus on the overall benefits for the country.

The threats of a swollen wage bill to the economy are real and we must act now. We need more funds for development projects and not salaries alone.

“Although I receive a small salary from Apple, I do virtually no real work at the company. ” 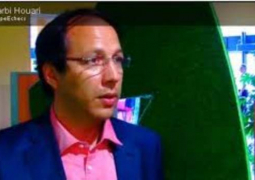