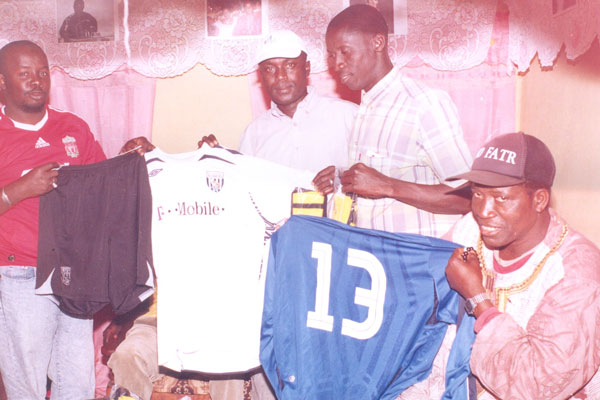 The Director of the Independence Stadium, Mr. Musa Njie, on , donated a set of jerseys to Gunjur Youth Sport Development Association as part of his contribution toward to the development of football in The Gambia.

Speaking in an interview with Pointsports, the President of the Gunjur Youth and Sport Association, Mr. Buba Bojang, applauded Mr. Njie for his valuable contribution in developing football in Gunjur and the country at large.

He said that, the intervention came through Pa Njundu Touray, who he hailed for the good initiative, which will go in a long way in developing grassroots football in Gunjur.

For his part, the Secretary General of GYSDA, Mr. Abdou Janneh, thanked Mr. Njie for his benevolent gesture. He claimed that Mr. Njie was delighted with the performance of Gunjur against the U-20 team while preparing for the past zonal competition.

Mr. Janneh appealed to the general public and philanthropist to support Gunjur Youth and Sports Association for the fencing of their football field.