The establishment of the fund-raising committee was part of GYSDA’s drive to raise adequate funds for Gunjur United FC, who are gearing up for the West Coast Regional league.

The fund-raising committee is tasked with raising funds for Gunjur United FC’s participation in the first-ever West Coast Regional league set to get underway on Friday 28 February 2014.

The WCR league was initiated by the Gambia Football Federation in its bid to promote and develop football in all the regions in the country.

The committee is expected to embark on series of fund-raising activities in the village to raise enough funds for Gunjur United, who are bracing up for the West Coast Regional league.

It would be recalled that Gunjur United FC were relegated to the third tier following their dismal performance in the second tier in the 2011-2012 season.

They are therefore determined to do all they could to win their games to keep their chances of regaining promotion to the second division.

Two Gambians off To Ghana as Match Commissioners 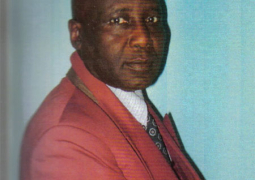