Gunjur United, who gained promotion to the second division after their impressive performance in the West Coast Region third division qualifiers, finished top of the GFA triangular qualifiers with 8 points in four games.

The team has decided to embark on an intensive training campaign for the forthcoming GFA second-tier football competition showdown and will be hoping to gain promotion to the topflight football or stay in the second tier.

OPINION: Used, Abused and Dumped : the New Gambia Project is disaster for Youths 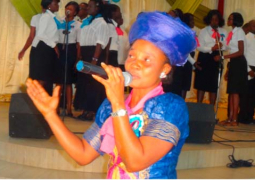