Sukuta will rub shoulders with Lamin in all Kombo North derby final in the ongoing Gambia Football Association (GFA) Super Nawetan otherwise called the Zonal (football competition) on Saturday at the Independence Stadium in Bakau.

The two sides set the stage for this year’s zonal final meeting after winning their semi-final ties against Banjul and Manjai in mid-week fixtures.

Sukuta began the campaign with wins over Lamin, Brikama, Serrekunda West and advanced to the finals despite a 1-nil loss to Barra Essau Mayamba combination 1-0 in their final group game.

Their qualification to the final followed their 4-2 post-match penalty shootout victory over newcomers Manjai after a goalless draw in the regulation time in the second semifinal game played at the Serrekunda East Mini-stadium on Wednesday.

Lamin, on the other hand, lost to Sukuta in the group stage 2-1 but happened to survive in the competition after beating Serrekunda West, drew against Barra Essau Mayamba combination and Brikama respectively to earn themselves a place in the semifinal in style.

The Kombo North outfit booked their final ticket by beating title favourites Banjul 2-1 in the first semifinal clash at the Serrekunda East Mini-stadium on Tuesday. 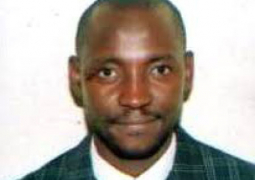