Muhammed Bah, a national, has admitted defiling a 13 year-old girl.

Mr Bah was arraigned at the Kanifing Magistrates' Court before Magistrate Mbackeh, charged with two counts of unlawfully having carnal knowledge of an under-aged girl.

Count one indicates that some two months ago, Mr. Bah at Ebo Town in the Kanifing Municipal Council unlawfully had carnal knowledge of a 13-year-old girl (name withheld) without her consent.

Count two indicates that at the same time and place, Mr Bah had carnal knowledge of a girl under the age of 16.

Meanwhile Magistrate Mbackeh ordered that the accused be remanded in custody, summarizing that cases of rape are becoming rampant. He also outlined that it is unlawful for men to force themselves on young girls.

The case continues on 11th September 2008 for full hearing. 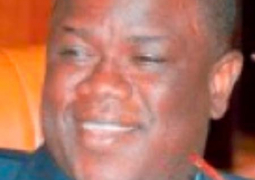