Skoolz4kids, a UK charitable organization, recently donated some learning materials to Bommel Nursery School, which is located within the premises of Sanchaba Sulay Jobe Lower Basic School in Sanchaba.

The donated materials, presented to the school by Mrs Ginger Badjie and Mr Sulayman Badjie, included school furniture and other learning materials as well as 130 school bags given to each of the level 1 and 2 children at the school.

Speaking shortly after the presentation, the head teacher of Sanchaba Sulay Jobe Lower Basic and Bommel Nursery School, Jalang Colley, thanked the donors for the assistance.

He described the gesture as very timely as the enrolment at the school had increased significantly, increasing the demand for more furniture to provide seats for all the children.

For her part, Mrs Ginger Badjie expressed willingness to continue providing support to schools in the country.

According to her, they have earlier made similar donations to three other schools in the West Coast and Kanifing Municipal area.

Skoolz4kids, she said, is also involved in providing second-hand clothes to people in the villages as well as sponsorship for needy children, adding that they are sponsoring more than 75 children in various schools across the country.

She thanked her friends in the UK, whose support made possible the donation. 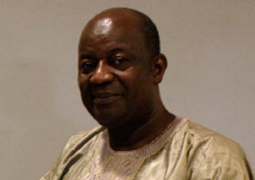